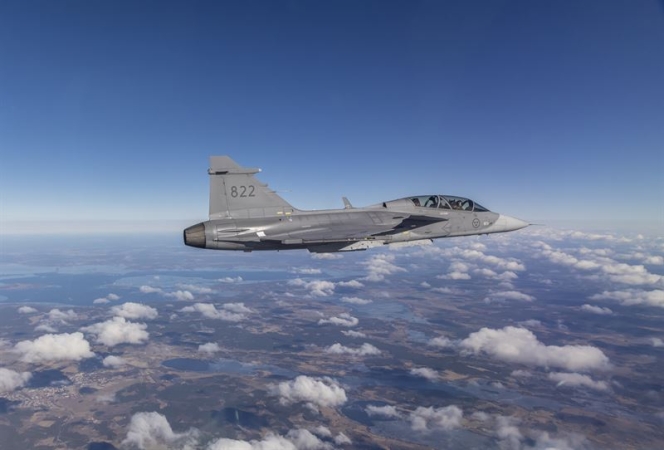 Saab successfully conducted a trial which marked the first time an exterior 3D-printed part has been flown on a Gripen.