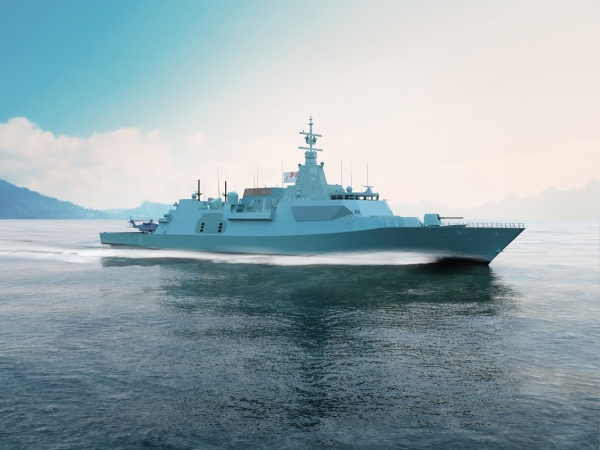 Rather than worrying about where things are built, a better question is: will Canadian soldiers be properly equipped? That's all that matters

It is almost a truism in Canadian public policy: We are terrible at military procurement.

You hear that often. I’ve said it often. But it really isn’t true. We only think we’re terrible at military procurement because we are confused about what we’re trying to do. Our military procurements are not about actually procuring equipment for the military. They’re about creating jobs and catapulting huge sums of money into key ridings across the country.

Once you shift your perspective and look at it that way, you realize very quickly that our military procurement system is amazing. It bats a thousand. The problem isn’t with the system. We’ve just labelled it badly. If it were called the Domestic Defence Industry Subsidy Program instead of our military procurement system, we’d all be hailing it as a shining example of a Canadian public policy triumph.

This is terrible. It has cost us the lives of our soldiers, and probably will again. But it’s undeniable. Canadian politicians, Liberals and Conservatives alike, have long had the luxury of seeing defence as a cash pool, not a solemn obligation. And they sure have enjoyed that pleasure.

Two recent stories by my colleague David Pugliese for the Ottawa Citizen have explored this theme: Our efforts to replace our fleet of frigates with 15 newer, more powerful ships is turning predictably complicated. The 15 new combat ships are part of a major overhaul of the Canadian fleet, which was neglected for many years and now must be modernized all at once. In February of 2019, the government chose American defence giant Lockheed Martin to produce the ships in Canada, using a British design. (How Anglosphere of us.) Companies that weren’t selected to be part of the construction or fitting out of the ships are unhappy, Pugliese noted, and aren’t bothering to hide it, even though they’ve abandoned their legal challenges.

The sniping has continued, though, with spurned industry figures talking to the media about problems with the program. Jody Thomas, deputy minister of the Department of National Defence, reportedly told industry leaders to knock it off. “There’s too much noise,” she reportedly said, adding that it was making the job of getting the new fleet built “very difficult.”

Some of Thomas’s irritation is undoubtedly the automatic hostility to scrutiny, transparency and accountability that’s far too common for Canadian officials — our bureaucrats are notoriously prone to trying to keep stuff tucked neatly out of public view. But some of what Thomas said is absolutely bang-on accurate: Defence industry companies know full well that the government mainly views military procurement as a jobs-creation program, so are understandably put out to not get what they think is their fair share.

Some Canadian companies have designed and developed critical communication and sensor gear for modern warships, Pugliese noted. This gear was developed with taxpayer assistance and has proven successful in service with allied fleets, but was not chosen for the new Canadian ships. And this is, the companies believe, a problem. Why aren’t Canadian ships using Canadian-made gear?

It’s a good question, until you think about it for a moment. Then you realize that the better question is this: will the Canadian ships be properly equipped?

That’s it. That’s all that matters.

Will the new ships be capable of doing the things we need them to do? If yes, then who cares where we got the gear? And if no, well, again — then who cares where we got the gear? The important thing isn’t where the comm equipment and sensors were designed and built. It’s that the systems work when our ships are heading into harm’s way. Assuming we have many viable options to choose from, then there are plenty of good ways of making the choice — cost, proven reliability, familiarity to Canadian crews, and, sure, even whether it was made in Canada.

But supporting the local industry needs to be the last thing on the list. This stuff is essential. The lives of our sailors may depend on it working when needed. Cost matters, too, of course, because if the gear is too pricey, we won’t have enough of it, but effectiveness and reliability are first.

But we talk about them last. Because we value it least. There probably is some value in preserving our ability to produce some essential military equipment here in Canada. The scramble earlier this year to equip our frontline medical workers with personal protective equipment is instructive. In a war, whether against a virus or a human enemy, you can’t count on just buying your N-95 masks, or your torpedoes and missiles, from your normal suppliers. Unless Canada somehow gets itself into a shooting war without any of our allies in our corner, any time we are suddenly scrambling to arm up, our much larger allies are probably also scrambling to arm up, and they’ll simply outbid us. (See again our current efforts to procure vaccines for an example of this unfolding in real time.)

But we aren’t at war now, and we can buy the damn ships from anyone. To the government’s credit, it seems to be doing this; the pushback against the program seems mostly rooted in the government’s decision to let the U.S.-British consortium chosen to build the new ships equip them as they see fit. The program may well derail at some point — this is always a safe bet with Canadian shipbuilding — but insofar as at least this part of the process goes, we’re doing it partially right. Yes, we’re insisting on building the ships here, but we aren’t getting picky about the equipment that goes into them. That’s probably wise.

But that’s about as far as the wisdom goes. Treating military procurement as just another federal jobs-creation program is engrained in our national thinking. It would have been good if COVID had knocked a bit of sense into us and forced us to, at long last, grow up a bit. But no dice. Oh well. Maybe next time.