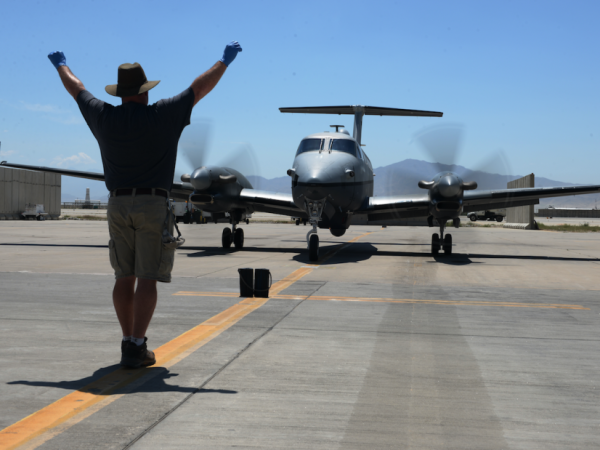 The next phase of the purchase of new surveillance aircraft for Canadian special forces is expected to begin soon with the request for bids for long-term maintenance of the planes.

Canadian special forces will receive three new surveillance aircraft from the U.S. with the planes expected to arrive in 2022.

A request for bids from Canadian firms to provide in-service support is to be released by the end of the summer.

The purchase of the aircraft has raised questions about why the cost is substantially more than what the U.S. Air Force spends to buy the same or similar aircraft. The three Beechcraft King Air planes, to be based at CFB Trenton in Ontario, will be outfitted with sensors and equipment to intercept cell phone and other electronic transmissions. Canadian special forces and, potentially, other government departments will use them for missions overseas and in Canada.

The agreement for the aircraft was finalized on April 26 with the U.S. government. Three aircraft and equipment will be delivered in the spring of 2022, the Canadian Forces noted.

The agreement signed with the U.S. government is for $188 million (CAN).

The U.S. Air Force lists the cost of the MC-12W surveillance aircraft as $17 million each or around $23 million Canadian. That includes communications/sensors and modification of the aircraft for that equipment. So three aircraft should cost in total about $70 million Canadian.

At first it was unclear why Canada was paying more than double what the U.S. spends on the same planes.

But the Department of National Defence now says the extra cost includes more powerful engines and a modernized cockpit. “As such, the cost for this new variant of the aircraft is higher than previous models,” the DND added in a statement. Also included in the overall agreement is two years of field service support and a technical data package which will enable the Canadian government to solicit bids from domestic firms to maintain the planes, according to the DND. No breakdown of the various costs was provided.

The DND also noted that the initial outlay for the aircraft provides the “greatest benefit to Canada’s industrial base.” It pointed out that it consulted with industry and determined buying from the U.S. was the best approach.

Canadian industry officials, however, have disputed that claim. Various Canadian firms responded to the federal government’s initial request for information in August 2013, highlighting that they could provide the aircraft needed by the Canadian Forces as well as integrate whatever equipment was selected or required by Canadian special forces.

But the procurement was changed to have the aircraft purchased directly from the U.S. government and using U.S. firms.

Attempts by Canadian companies to get an explanation about the change in direction were rebuffed, industry officials say.

But the DND says Canadian firms will be providing the maintenance support for the aircraft.

The federal government will solicit bids for the in-service support contract which will have the potential to cover a 23-year period. “The value of potential maintenance contracts is not yet known,” according to the DND. A draft request for proposals for the in-service support portion has been released with a final RFP expected sometime in the summer. No specific date was provided.