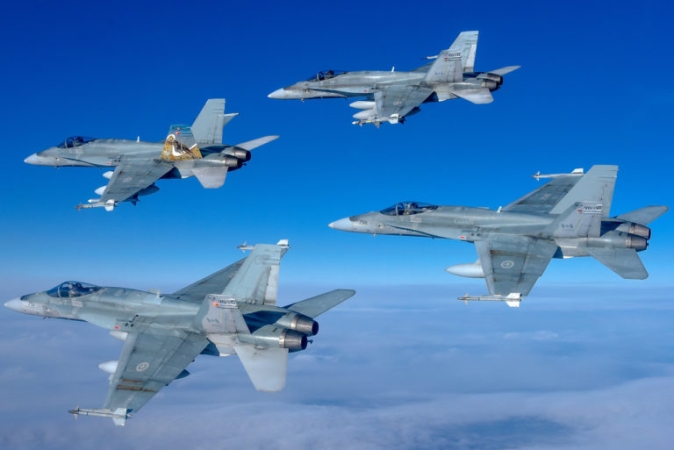 The Royal Canadian Air Force (RCAF) is asking for industry help to develop a road map for the modernization of its fighter aircraft training ranges.

Public Services and Procurement Canada on July 8 issued a request for proposals (RFP) for a plan that would capitalize on Live-Virtual-Constructive (LVC) training and experimental environments at the two primary air weapons ranges in Cold Lake, Alta., and Bagotville, Que., as well as other ranges in Gagetown, N.B., Wainwright and Suffield, Alta, and Valcartier, Que., and at the Canadian Forces Maritime Experimental and Test Range in Nanoose Bay, B.C.

The Cold Lake Air Weapons Range (CLAWR), in particular, is considered a strategic asset that is vital to RCAF individual and collective training, as well as integrated training with the Canadian Army, Canadian Special Operations Forces Command, and allies. It regularly hosts the multinational Maple Flag exercises.

But the ranges were last upgraded almost 20 years ago and no longer provide sufficient representation of current threats or the connectivity to work with advanced next-generation fighter jets. They have also become expensive to maintain.

The RFP noted that RCAF investments in various virtual constructive capabilities over the past decades “were delivered through discrete projects where interconnectivity with the spectrum of RCAF LVC capabilities was not a requirement.”

As part of the road map, the Air Force is asking industry to “consider” the current modelling and simulation environment, virtual proving grounds, and all current RCAF platform simulators — including an eventual remotely piloted air system — as well as air traffic control, air weapons, and air and space control simulators.

The aim is a report that “recommended way forward to modernize the ranges and integrate all RCAF LVC capabilities … Ranges, simulators and virtual environments need to be developed in a manner that supports collective training, but solutions must also support collective and distributed research and experimentation. The proposed investment strategy for the LVC modernization program must enable a seamless transition of equipment and environments between training and force development activities,” according to the RFP.

“This roadmap is the first step in a multi-stage process that will ensure the long-term viability of force generation efforts, training, testing and evaluation, and the execution of large-scale multinational exercises such as Maple Flag,” said Kummel.