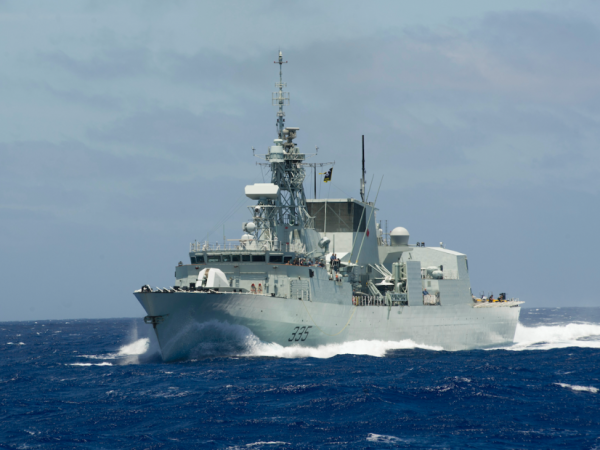 BMT Canada Ltd. was recently awarded a $77.8 million contract to provide engineering, logistics, management, and support services to the Royal Canadian Navy’s fleet. The contract initially runs for five years but there are options to extend that, according to the latest industry roundup in this month’s Esprit de Corps defence magazine.

The Ottawa-based company will provide a wide variety of work such as standards development and logistics services for equipment sustainment, according to the Department of National Defence.

This contract will support the RCN’s current and future fleet in instances where DND does not have the capacity to perform all of this work in-house, the department noted.

The contract is known as Engineering, Logistics, and Management Support 2 (ELMS2) and the company’s services will directly support the Director General Maritime Equipment Program Management (DGMEPM) and the Director General Major Project Delivery (DGMPD) (Sea) at the DND. Darcy Byrtus, President of BMT Canada, noted that the firm has been handling the ELMS contract since 2009. “Our experience in supporting complex programs positions us uniquely to assist Canada and the Royal Canadian Navy in successful delivery of its acquisition and support mandates,” he added in a news release.

Under ELMS, BMT and their Tier 1 subcontractor Fleetway Inc., will provide a highly diverse range of services including the review of deliverables DND receives from capital acquisition projects, such as the Canadian Surface Combatant. The work also entails engineering expertise, technical investigations and program support.

Rheinmetall Canada has taken over Provectus, an Ottawa-based firm specializing in the development of advanced robotics systems and software. Though now owned by Rheinmetall Canada, Provectus will continue to operate under its previous managing director, Paul Rocco.

In recent product presentations, Rheinmetall has generated great interest with its Mission Master unmanned multi-mission vehicle, which is based on Provectus technology, modified for military use by Rheinmetall Canada. The firm sees unmanned ground vehicles playing an increasingly important role in future military operations on land, much like unmanned air vehicles do in an aviation context.

Some will serve in an unarmed logistic or reconnaissance role; others will function as mobile weapon platforms. “We have already been working closely with Provectus in our unmanned ground vehicle project,” Stéphane Oehrli, president and CEO of Rheinmetall Canada, noted in a statement. “This vertical integration gives us a decisive advantage in the field of autonomous mobility technology.”

Maerospace Corporation has signed of a global license agreement with Raytheon Canada Limited to support the Defence Research and Development Canada by assuming responsibility for the maintenance, design, engineering, manufacturing and international promotion, sales and deployment of the third generation High Frequency Surface Wave Radar (HFSWR) systems. This Canadian system is one of the few operationally deployed HFSWR land-based radars capable of 200-mile, persistent coverage of a country’s Exclusive Economic Zone. HFSWR systems have been successfully deployed in Asia and Europe with the most advanced, 3rd Generation system installed in Canada. Maerospace plans to extend the HFSWR system’s functionality by integrating its TimeCaster proprietary technology that would add target identification, anomaly detection, and other capabilities, allowing coast guards, navies and maritime authorities to improve their ability to interdict vessels and plan traffic throughout their EEZ.

The Canadian government will launch a new satellite in 2022 to demonstrate the use of quantum technology for protecting commercial and national communication networks. Honeywell has received a $30 million contract from the Canadian Space Agency for the design and implementation phases of agency’s Quantum EncrYption and Science Satellite or QEYSSat. Under the contract, Honeywell will build, test, deliver, provide training for and commission the QEYSSat satellite, which will create a link between ground and space to transmit encryption keys.  The microsatellite is expected to be completed in early 2022. QEYSSat’s mission is to test quantum technology with an aim to develop a system to protect both commercial and national communications infrastructure.

Longview Aviation Capital and its subsidiary Viking Air Limited announced a seven aircraft sales contract for six new-production CL-515 aircraft and one CL-415EAF. The CL-515 is a newly developed, technically advanced multi-mission aerial firefighting aircraft – the next generation of the CANADAIR CL-415, an amphibious aircraft and used extensively around the world in firefighting missions. The Republic of Indonesia’s Ministry of Defense has agreed to purchase six all-new CL-515 aircraft, four of which will be delivered in “First Responder” multi-mission configuration, and two delivered in optimized aerial firefighter configuration, according to Viking. The purchase agreement also includes one CANADAIR CL-415EAF “Enhanced Aerial Firefighter” aircraft. The CL-515 is capable of up to 15 per cent better aerial firefighting productivity, including increased tank capacity and ability to refill in 14 seconds. It has a state-of-the-art Collins Pro Line Fusion digital avionics suite for advanced situational awareness.