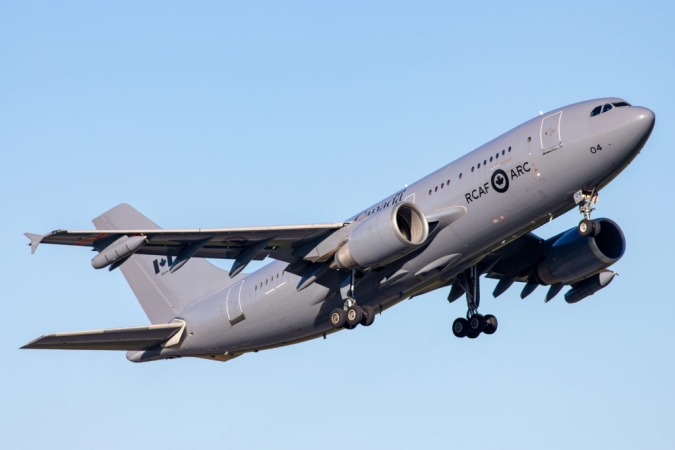 The Canadian government is inviting aerospace and other interested companies to qualify for the Strategic Tanker Transport Capability (STTC) project.

The invitation to qualify (ITQ), which closes on Feb. 26, is intended to identify respondents able to meet the project’s security and other core requirements before moving to the tender phase. Once a qualified suppliers list is established, Procurement Canada and the Air Force will then review and refine the project requirements with companies before developing a draft request for proposal (RFP), to be issued by fall 2021.

The review phase “is intended to be a collaborative process and may involve interactions such as workshops, one-on-one sessions (commercially confidential meetings), and written questions and answers,” according to the ITQ documents. “Canada will consider the feedback provided by qualified suppliers.”

While the process means only qualified suppliers will be invited to submit bids, the government “reserves the right . . . to re-evaluate any aspect of the qualification of any Qualified Supplier at any time during the aircraft procurement process and change their status to ‘unqualified’ if they no longer meet the requirements provided in this ITQ,” according to the document. In addition, “Canada may, at its sole discretion, re-open Phase 1 – ITQ.”

The RCAF is seeking a multi-role platform that can be configured for air-to-air refueling, personnel airlift, strategic government transport, aeromedical evacuations and freight movement, among other roles. The aircraft may also be used to support disaster relief, search-and-rescue and contributions to peace operations; it must also include the capacity to detect, avoid and defeat air-to-air and air-to-ground threats. In its tanker role, the aircraft must be able to refuel allied fighter jets on NATO and NORAD operations.

Though the ITQ does not specify a quantity, the fleet must be large enough to concurrently provide support to three lines of tasking of “unrestricted global air mobility movements” over a 24-hour period.

The STTC project was outlined in the Liberal government’s June 2017 defense policy as initiative 47 to recapitalize strategic tanking and airlift with a next generation platform to replace the CC-150. The Polaris is a modified variant of the Airbus A310-300 built in the late 1980s, and operated by 437 Transport Squadron at 8 Wing Trenton, Ontario. A fleet of five was acquired in 1992 from Canadian Airlines, and two were converted to tankers in 2008.

While the two CC-150Ts have been providing air-to-air refueling globally (their crucial role alongside other coalition tankers in the fight against ISIS in Iraq and Syria was highlighted in a recent RAND research brief), they only recently received full operational capability to conduct mid-air refueling on NORAD operations — a role that had previously only been done by the CC-130H Hercules tankers operated by 435 Transport and Rescue Squadron from 17 Wing Winnipeg, Manitoba, and U.S. Air Force aircraft.

Boeing and Airbus have indicated interest in the program. Boeing is offering the KC-46 Pegasus, a militarized variant of the 767 widebody, while Airbus is promoting the A330 multirole tanker transport (MRTT), a variant of the A330-200 airframe. CBC has reported the government may also be assessing “whether any deal can be found among commercial airlines that are currently looking for financial relief from Ottawa,” including Air Canada.

“We look forward to working with the government of Canada and engaging in [the] Strategic Tanker Transport Capability project,” Boeing Defense, Space & Security said in a statement. “Boeing’s KC-46A is a wide-body, multi-role tanker, and is already certified to refuel Canadian, allied and coalition military aircraft. In addition to serving as an aerial refueling tanker, the KC-46 can be configured to accommodate cargo, passengers, or to serve as an aero-medical evacuation aircraft or any combination of all three. . . . The KC-46 offers superior interoperability, supportability and affordability benefits – coupled with a robust industry plan that will bring real, guaranteed jobs to companies all across Canada. With 183 aircraft on order and growing international interest, we expect the fleet to surpass 200 aircraft by 2029.”

“We welcome Canada’s invitation to qualify for the Strategic Tanker Transport Capability project,” said Simon Jacques, president of Airbus Defence and Space Canada, in a statement. “We believe that our A330 MRTT multirole-tanker is the best option in the market, and are confident that our offer will fulfill all current and future requirements for this key capability for the RCAF.”

Prospective bidders will be expected to provide aircrew and maintenance training programs, and establish initial sustainment and long-term in-service support “that assures operational readiness and maintains mission effectiveness of the capability throughout its service life,” according to the ITQ.

As part of the STTC project, the Air Force will improve infrastructure for 437 Squadron. In December, the government released an advanced procurement notice for a new or renovated hangar at the main operating base in Trenton, as well as upgrades to the apron and taxiways. A request for proposals is expected by summer 2021.

Contenders will also have to comply with Canada’s Industrial and Technological Benefits policy, which requires the successful bidder to make investments in Canadian industry and academic research equal to the value of the contract. With STTC, the government will be seeking investments that align with key industrial capabilities, including aerospace systems, systems integration, in-service support and training and simulation.