New logistics trucks being delivered to the Canadian Armed Forces

Through Canada’s defence policy, Strong, Secure, Engaged, the Government of Canada has committed to providing the women and men of the Canadian Armed Forces (CAF) with the equipment they need to do their jobs. In the spirit of that commitment, Defence Minister Harjit S. Sajjan today highlighted new Standard Military Pattern trucks being delivered to the CAF.

Logistics vehicles like these trucks form the backbone of ground transportation for our Regular and Reserve forces, and can be found at the heart of nearly every Canadian Armed Forces operation. They are used to move critical equipment, personnel and supplies to wherever they need to be. Whether they are helping Canadian communities deal with severe flooding or other national disasters, or supporting NATO operations in Latvia and throughout Eastern Europe, our women and men will be able to rely on these new trucks for decades to come.

More than 1500 trucks, 300 trailers, and 150 armoured protection systems are expected to be delivered over the next two years. This $834-million project remains on budget.

The purchase of these trucks is subject to the Industrial and Technological Benefits (ITB) Policy, which requires that for every dollar the government spends on major defence purchases, the winning contractor must put a dollar back into Canada’s economy. Through this policy, the government’s purchasing power is being used to support innovation and create well-paying middle-class jobs.

“As outlined in our defence policy Strong, Secure, Engaged, our government is committed to ensuring the women and men of our Canadian Armed Forces have the tools and equipment they need to do the important jobs we ask of them. The delivery of these new trucks will support our women and men – and especially our Reservists – in their operations. We look forward to their delivery at bases across the country.”

“The Industrial and Technological Benefits Policy generates investments that lead to high-skilled, good-paying middle-class jobs for Canadians. We are using necessary investments in the Canadian Armed Forces and Coast Guard to drive innovation and grow businesses, both of which boost our economy as a whole.”

“These trucks are a key piece of equipment to help the Canadian Armed Forces complete both bigger missions and the everyday tasks that keep their operations running smoothly. These deliveries are yet another example of our government’s commitment to providing the equipment needed to carry out important missions on behalf of all Canadians.” 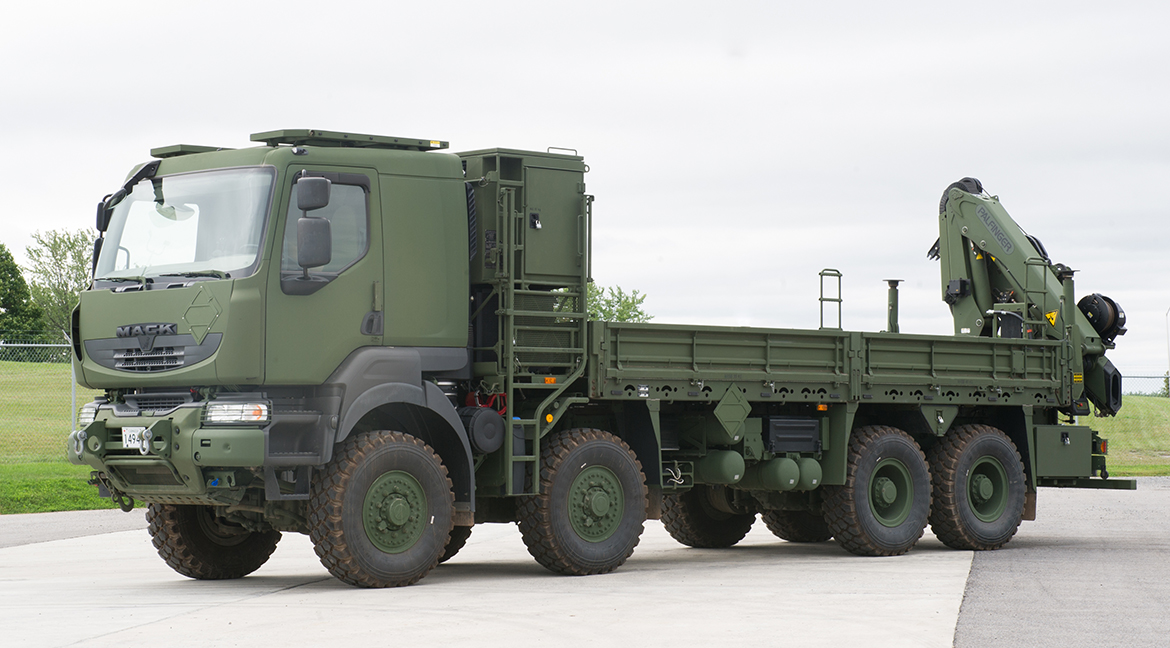