Analysis: Defence issues could be on the back burner as minority Liberal government focuses on survival 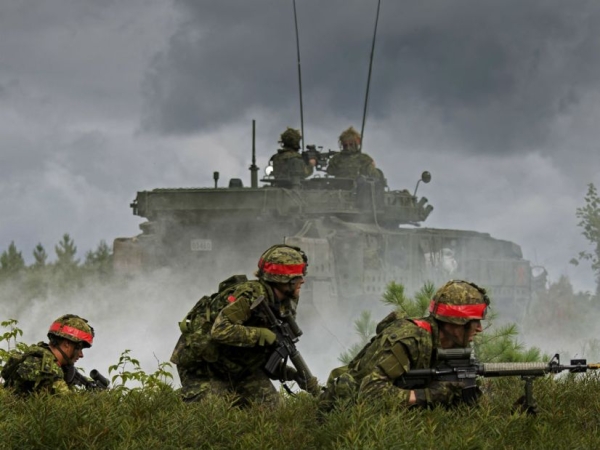 As the Trudeau government focuses on its survival and seeking political support from potential allies like the NDP or the Greens, key defence issues could be put on the back burner or become part of any backroom quid pro quo.

Dealing with health care, affordable housing, pipelines, the environment and healing rifts with Alberta and Saskatchewan are expected to be just some of the top issues facing the minority Liberal government.

Chief of the Defence Staff Gen. Jon Vance has been telling headquarters staff in Ottawa that with the world becoming more dangerous he expects a steady flow of funding for the Canadian Forces to continue.

That, however, isn’t a given. Some of the Liberal’s election promises come with a steep cost, including the $6 billion needed to be set aside for the first four years of a pharmacare program and a plan to improve access to medical services.

Defence and security issues were barely mentioned during the federal election campaign, even though billions of dollars in equipment purchases will need to be approved by the government in the coming years.

Prime Minister Justin Trudeau backed away Wednesday from forming a coalition with one of the opposition parties, but he did emphasis collaborating with the other party leaders on various issues. That could open the potential to work together on certain defence files.

The Liberals have talked about using more Canadian military resources to deal with climate-related disasters and to provide help to poorer nations dealing with the effects of climate change. Those are initiatives both the Greens and the NDP could get behind as they mirror proposals from those parties.

The NDP has also stated it wants a fair competition for new fighter jets and to keep the multi-billion dollar shipbuilding procurement on schedule. The Green Party more generally has supported a well-equipped Canadian military but hasn’t gone into details.

Bloc leader Yves François Blanchet has said his priority is not sovereignty but to promote Quebec interests. That includes a push to see Davie Shipbuilding in Levis, Que., named as the third yard under the federal shipbuilding strategy. The Bloc’s wishes coincide with the Liberal’s efforts to steer more shipbuilding work toward Davie.

The politics of a minority government could also come into play on the project to acquire a future fighter jet. Although the Lockheed Martin F-35 stealth fighter is now seen as the leading candidate, an aerospace union is raising warnings that the selection of that plane could mean large-scale job losses in Quebec.

In early September the Machinists Union complained that the Liberal government bowed to pressure from the administration of U.S. President Donald Trump to change rules to keep the F-35 in the procurement race but at the expense of other firms offering guaranteed work for Canada’s aerospace sector.

The union is worried that if Canada were to purchase the F-35 then most of the long-term maintenance would be done in the U.S. That, noted the labour organization, would put in jeopardy the 600 jobs at L-3 Harris in Montreal that are linked to maintaining the Royal Canadian Air Force’s current CF-18 fleet. “We will follow the situation closely and demand that manufacturing and maintenance activities of the next fighter aircraft take place in Quebec,” said David Chartrand, the Quebec co-ordinator of the Machinists Union.

Any loss of 600 jobs in Quebec is bound to get the attention of the Bloc Québécois and cause problems for the Liberals.

Trudeau also said Wednesday he would swear in a new gender-balanced cabinet on Nov. 20. Trudeau will be in need of experienced ministers in various high-profile cabinet positions, so there is a strong possibility Harjit Sajjan, who served as defence minister, and Carla Qualtrough, the procurement minister, might end up in new portfolios.

There have been suggestions at National Defence headquarters that Liberal MP Karen McCrimmon, a retired air force officer who won re-election in Kanata-Carleton, could be a potential candidate for the defence portfolio. McCrimmon, a former lieutenant colonel, was the first woman in Canada to qualify as an air navigator and the first to command an air force squadron.

Such a choice would meet Trudeau’s needs for a female cabinet member with experience in the portfolio.