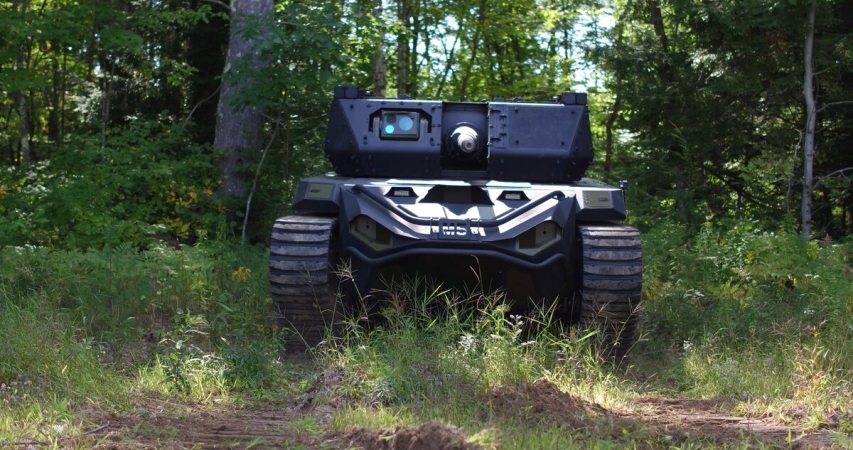 WASHINGTON — The U.S. Army has picked winners to build base platforms for its light- and medium-class robotic combat vehicles, according to a service statement released Jan. 9.

Through a rapid contracting mechanism, the National Advanced Mobility Consortium is coordinating the Army’s awards to industry, and the service expects to be officially under contract with both companies by mid-February, according to the statement.

While it was anticipated the Army would award up to two contracts per category at the end of the second quarter this fiscal year, it appears the awards have come earlier and are both limited to one company.

The prototypes, according to the statement, will be used to “determine the feasibility of integrating unmanned vehicles into ground combat operations. The Light and Medium RCVs will be used to conduct a company-level experiment at the end of 2021."

Results from that effort, as well as a platoon-level experiment in March 2020 and several virtual experiments, will help the Army decide in 2023 how it wants to proceed with robots on the battlefield.

“Robots have the potential to revolutionize the way we conduct ground combat operations,” Brig. Gen. Ross Coffman, director of the NGCV CFT, said in the statement. “Whether that’s giving increased fire power to a dismounted patrol, breaching an enemy fighting position, or providing [chemical, biological, radiological, nuclear and explosive] reconnaissance, we envision these vehicles providing commanders more time and space for decisions and reducing risk to soldiers.”

Out of a large pool of whitepaper submissions, a Textron and Howe & Howe team, a team of QinetiQ North America and Pratt & Miller, HDT Global, and Oshkosh were each issued a request for prototype proposals in the RCV-light competition in October 2019.

Three teams were picked to move on in the RCV-medium competition in November 2019: General Dynamics Land Systems, QinetiQ North America, and the Textron and Howe & Howe team.

It is noteworthy that the companies selected to build prototypes in each category are the only two companies to have offerings in both the light and medium competitions, demonstrating potentially that they are the only companies with the flexibility to build in both categories.

At the Association of the U.S. Army’s annual conference in October, Textron and Howe & Howe dramatically unveiled their RCV Ripsaw M5, which is based on the latter’s deep history of building unmanned ground vehicles, but adds technology like scalable armor and suspension as well as mobility options to cope with the challenges expected in the future fight. FLIR Systems is also part of the team, contributing its advanced sensors.

“Bringing together Howe & Howe, Textron Systems and FLIR Systems really represents a dream team,” Textron CEO Lisa Atherton said in a statement released at the show. “We formed this team based on our shared focus to serve this customer with disruptive ideas and proven experience, and we are dedicated to meeting and exceeding their requirements through the RCV program.”

The team told Defense News before the AUSA conference that it planned to submit a version of Ripsaw both for the light and medium variant of the Army’s robotic combat vehicle.

The Army is also examining the utility of an RCV-heavy variant but is using robotic M113 armored personnel carriers as surrogate platforms for evaluations. That effort will focus on manned-unmanned teaming in a robotic wingman formation, with a manned Bradley Infantry Fighting Vehicle serving as the platform for the robot’s operators.