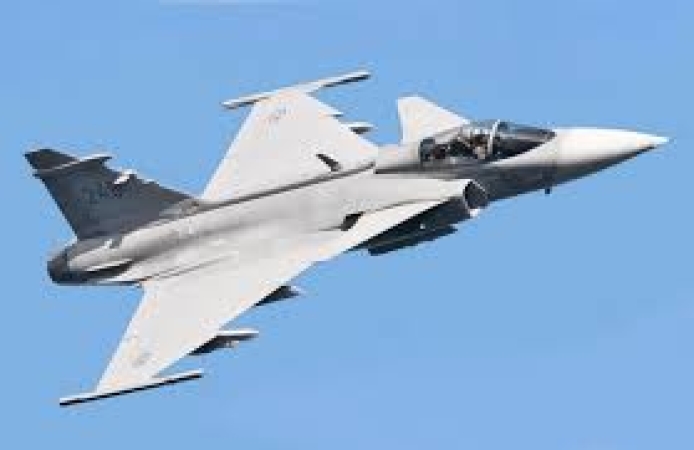 Days after Airbus Defence and Space pulled out of the $19-billion race to replace Canada’s aging fighter jets, the only European firm still eligible to compete says it has not decided whether it will.

Saab Canada president Simon Carroll says the Swedish firm is interested in entering its Gripen jet against its two remaining competitors, both of which are from the United States: Boeing’s Super Hornet and Lockheed Martin’s F-35.

However, Mr. Carroll told The Canadian Press on Tuesday that his company is still analyzing the competition’s nitty-gritty details – including a security requirement that forced out two other European jet makers.

All bidders are required to explain by Sept. 20 how they plan to ensure their planes can integrate with the top-secret Canada-U.S. intelligence network known as “Two Eyes,” which is used to co-ordinate the defence of North America.

But in announcing its withdrawal from the competition on Friday, Airbus said meeting the requirement would place “too significant of a cost” on non-U.S. aircraft. French firm Dassault cited the same requirement when it pulled its Rafale jet in November.

“We are still looking at that security assessment side of things from the Two-Eyes perspective,” Mr. Carroll said.

“We don’t see any major issues with it as this point in time. Having said that, we’re still reviewing everything through the whole [request for proposals] at this point in time and we will reserve the right to make our judgment on whether or not we provide a bid.”

Airbus also raised concerns about changes to a long-standing policy that requires bidders on military contracts to legally commit to invest as much money in Canadian products and operations as they get out of contracts they win.

Bidders can now instead establish “industrial targets,” lay out a plan for achieving those targets and sign non-binding agreements promising to make all efforts to achieve them. Such bids do suffer penalties when the bids are scored, but are not rejected outright.

That change followed U.S. complaints the previous policy violated an agreement Canada signed in 2006 to become one of nine partner countries in developing the F-35. The agreement says companies in the partner countries will compete for work associated with purchases of the planes.

While Saab has previously raised its own concerns about the change, saying it would shortchange Canadian taxpayers and industry, Mr. Carroll said it was “not a hurdle” and that “we think we have a very good offering for what we can offer in Canada.”

Even participating in the competition is not a cheap proposition for fighter-jet makers; while Carroll would not speak to the potential cost to Saab, analysts have previously pegged the cost in the millions of dollars.

While companies are expected to submit their plans to meet the Two Eyes security requirement on Sept. 20, the government has said it will provide feedback and let bidders amend their submissions.

Final bids aren’t expected until next winter, with a formal contract signed in 2022. The first plane won’t arrive until at least 2025. Successive federal government have been working to replace Canada’s CF-18s for more than a decade.

Mr. Carroll praised the government for being transparent as it has worked for years to launch the competition, which followed an aborted attempt between 2010 and 2012 to buy F-35s without a competition.

“We’re supportive of the government processes and what they’ve done moving forward,” he said.

“The transparency from the government has been very good. They’ve given ample opportunity for us to review documents. They’ve been very open in saying that these are the dates and these are the times.”