How COVID-19 Could Change The A&D Supply Chain 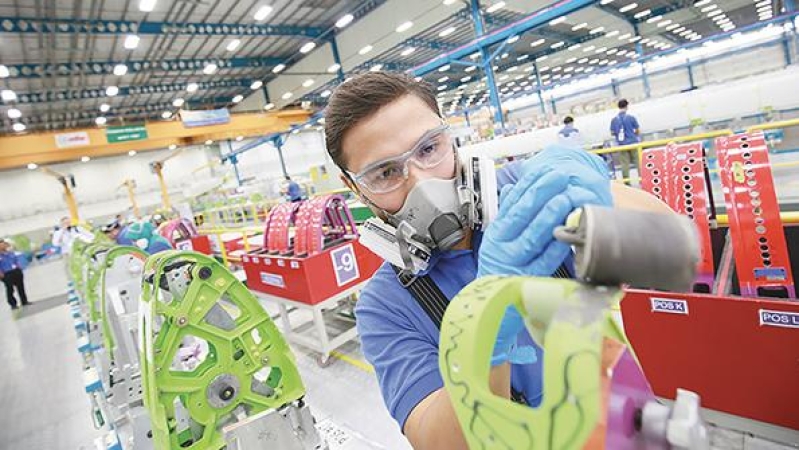 The COVID-19 outbreak is the biggest punch to the gut commercial aviation has taken since the Sept. 11, 2001, terrorist attacks. And coming on the heels of the Boeing 737 MAX crisis, Airbus and Boeing widebody production rate cuts, U.S. trade wars and the flight-shaming movement in Europe, the coronavirus emergency is challenging the aerospace manufacturing sector and its global supply chain.

Is the historic upcycle of commercial aircraft orders over? Will orders be canceled and deferred? Will business aviation go out of favor? Only time will tell, but it has been interesting to hear what aerospace and defense (A&D) executives are worrying about.

First, lost revenue from disrupted operations in China is not among their worries. Practically no one in A&D manufacturing has revised their 2020 financial forecasts—provided in January or February—because of COVID-19 alone.

“To date, we have no reported cases of our employees having contracted the virus, and the direct impact to our trading activities has been minimal,” Senior Plc CEO David Squires said March 2.

Likewise, GE CEO Larry Culp did not change the company’s financial outlook because COVID-19 was already cited in a forecast given last month. “In our view, in all likelihood it is going to be temporary, but it doesn’t mean it is going to disappear tomorrow,” Culp said at a March 4 shareholder briefing.

To be sure, some OEMs and suppliers with Chinese operations had to shut down in recent weeks due to COVID-19. But those factories are back up, and the impact to revenue was limited. For instance, only 20 of Triumph Group’s roughly 5,000 active suppliers are located in China or South Korea. All 20 remain operational, and no supply chain interruptions have occurred.

On the supply side, the glancing blow could have a lot to do with the fact that not much in Western aerospace is sourced in China. According to U.S. Commerce Department data, the U.S. imports just $1.1 billion annually in aircraft, spacecraft and related parts. What is more, that figure has been dropping since 2016—before the U.S.-China trade war—and was expected to fall off a cliff for 2019 and 2020 regardless of the “Phase One” trade deal truce.

China always was a twofold market for U.S. aerospace: Sell parts and services to existing Western-supplied fleets there, and partner for local production of nonproprietary parts and systems for emerging Chinese fleets. But China is ramping up efforts to get its own fleet into operation and is pairing with Russian suppliers more often. Any growth in overall aerospace trade likely would have to come from a jump in Chinese orders of Airbus or Boeing airliners, which was not widely expected in the wake of the Jan. 16 trade truce and is not anticipated now after the recent plummet in Chinese air traffic.

Although collapsing demand worldwide for air travel could have a devastating effect on A&D manufacturing and supply, executives do not consider it likely. COVID-19 quickly turned into a short, sharp shock to the system, but industry leaders see the same underlying macro conditions driving long-term growth. Chief among them: expanding middle classes worldwide that spend more discretionary funds traveling by air for leisure.

During the 2020 Aviation Summit in Washington, new Collins Aerospace President Stephen Timm was asked if the airliner-customer landscape could look a lot different in coming years due to the scare. “Frankly, we’re going to see differences,” Timm said. “This will be a blip—a serious blip that we have to deal with today—but compared with the macro aerospace industry, we’re in a really good place.”

Where do industry insiders see change coming to the supply chain? For one thing, COVID-19 could help deepen resistance to business travel, said some attending Aviation Week’s Annual Aerospace Raw Materials and Manufacturers Supply Chain Conference on March 9-12. That would exacerbate the ongoing drop in demand for widebodies.

Still, the biggest change could come in accelerating a budding shift in A&D supply from globalization to regionalization. Executives and consultants at both the Wharton Aerospace Conference on Feb. 29 and Aviation Week’s supply chain event discussed how COVID-19 cements a belief that just-in-time global supply chains are too risky and not worth the lower cost anymore.

Instead, they look to capitalize on aerospace manufacturing hubs in Asia, Europe-North Africa and North America to supply themselves. The trend could start with aerostructures for future single-aisle airliners, especially as composite materials are increasingly incorporated. “From a colocation strategy,” says one supplier executive, “you will see it in the next-gen airplanes.”