‘Hard decisions are going to have to be made’: can vital defence procurements survive in a post-pandemic world? 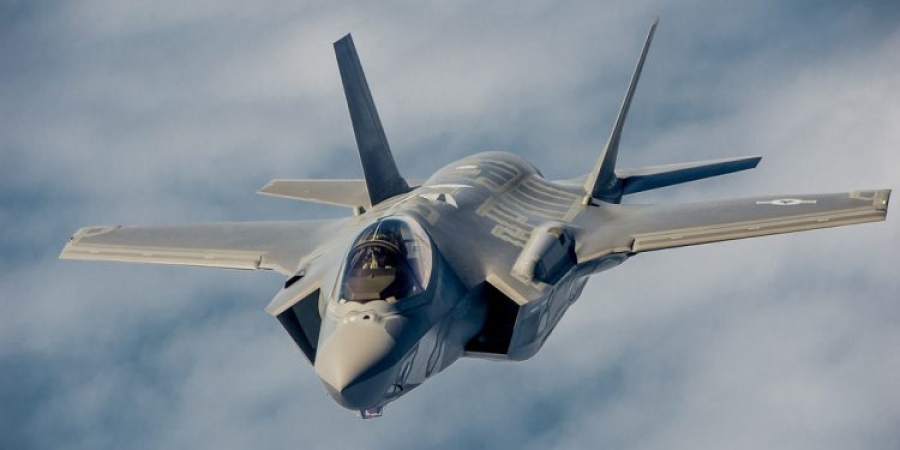 'When you are trying to fix a fiscal problem, inevitably national defence is part of the way governments have tended to try and fix that,' says defence procurement expert David Perry.

In the midst of critical procurements that will set the framework for the Canadian military for years to come, questions remain on how the COVID-19 pandemic will affect the oft-delayed projects.

The pandemic has already impacted the two most high-profile defence procurement projects with another delay in the replacement of Canada’s fighter fleet as well as a reduced capability at the shipyard that will be building the 15 new warships that will serve as the backbone of the Canadian Navy for decades to come.

“Companies and government are always generally working hard trying to meet [the] schedule, and make up time wherever they can afterwards, but there’s a limit what you can do to replace a few lost weeks of work,” said David Perry, a defence procurement expert and vice-president of the Canadian Global Affairs Institute.

“The impacts are going to be tangible,” Mr. Perry said, adding that the picture is still murky about the final impact on the current procurements as defence companies are still trying to get a handle on the pandemic.

The high-profile $19-billion project to replace Canada’s fleet of CF-18 fighter jets was delayed a second time in 100 days last week, over a bidder’s concern over completing its bid on time, according to a Canadian Press report.

Irving Shipbuilding’s Halifax shipyard, which has been tasked to build two central pieces for the future of the Canadian Navy in six Arctic and Offshore Patrol Ships and 15 Canadian Surface Combatants, is running at half capacity with around 650 people working at the shipyard and 300 remotely, according to a CTV report. The two projects are projected to cost upwards of $4.3-billion and $60-billion, respectively.

Mr. Perry also said the impact on the procurements will depend on what stage the project is in, with less effect for those still in design and requirement phases and more impact on projects in the midst of construction.

He added that the impact will also depend on where the facilities are located, as the Irving shipyard in Nova Scotia faced a three-week shutdown, opposed to the Seaspan shipyards in B.C., which has continued relatively normal operations.

A spokesperson for the Department of National Defence told The Hill Times that progress is still being made “where possible” on current and future equipment for the Canadian Forces.

“While our focus must be on responding to the COVID-19 pandemic, we remain committed to the National Shipbuilding Strategy and other defence projects under Strong, Secure, Engaged,” the spokesperson said in an email.

“We continue to meet regularly with PSPC [Public Services and Procurement Canada] to address the delivery of ongoing and future major procurement projects, and to assess and address the impact of the pandemic on these projects. However, given that the extent of COVID-19, or how long this situation will last, cannot be assessed at this time, it is not yet possible to determine the impact this situation will have on our projects,” the statement read, adding that the focus remains on continuing essential services, which include “domestic operations and search and rescue.”

Former Air Force pilot Alan Stephenson said that there is “no doubt” that there will be “a huge impact” to defence procurement caused by the pandemic, pointing to the government’s ballooning spending.

Mr. Stephenson, a retired colonel who is now a senior associate at David Pratt and Associates, said the problem with the fighter jet procurement is being compounded by successive governments’ use of military spending to solve other problems.

“COVID has changed the game,” Mr. Stephenson said, adding that the focus on the Liberals’ 2017 defence policy, Strong, Secure, Engaged, will still be present, but there will be fiscal questions of its feasibility.

“Hard decisions are going to have to be made,” he said, as the government will balance military requirements with economic needs.

Mr. Perry said historically when the government has needed to slash spending, it has looked at the military.

“When you are trying to fix a fiscal problem, inevitably national defence is part of the way governments have tended to try and fix that,” he said, adding that given the size of the defence budget, it is “virtually impossible” to address an economic situation without making some fiscal changes at the Department of National Defence.

But he said that historical pattern may not continue as it’s a different kind of fiscal problem for the government.

“In a dynamic where you have real big impacts on consumer confidence and there’s also, I think, fairly serious concerns about the availability of financing and liquidity in the civilian economy, potentially there’s more of a room for DND and the Government of Canada writ large to be part of the economic solution here and not just part of the fiscal problem,” Mr. Perry said.

Former naval officer Norman Jolin, who served in the Canadian Navy for 37 years and commanded the Halifax-class HMCS Montréal, said the last thing the government will want to do is cancel projects that it has already announced at the expense of Canadian workers.

“The last thing [the government] would want to do in a world where we’ve lost so many jobs is to cause more people not to have jobs by cutting things,” he said.

Mr. Jolin compared the National Shipbuilding Strategy to the construction of a trans-Canada railway in the 19th century.

“This is jobs across Canada,” he said, adding that it is not just jobs at shipyards but throughout the supply chain including manufacturing jobs in southern Ontario.

Mr. Jolin said with the procurements under the National Shipbuilding Strategy, the lengthy timeline will mitigate the pandemic’s impact.

For the Canadian Surface Combatant procurement, the first ship isn’t projected to be completed until the mid-2020s and the final delivery date for the entire fleet is in the late 2040s.

He said while there may be minor delays in the short term, it shouldn’t have much impact on when the ships are delivered in the end.

But he said there is still much unknown about how the pandemic has affected the procurement process.

Charles Davies, a retired colonel in the Armed Forces who spent time as the senior director responsible for procurement and equipment management policy at the Department of National Defence, also said the long timeline on projects should reduce the impact of any delay.

“In the inherently long gestation periods of the major programs, the net impact should be limited,” he said.

Mr. Davies, a CDA Institute fellow, said now can be a time for the government to look to make key investments in capabilities that will be needed in the future to defend its borders while at the same time keeping the economy afloat.

He said unlike in the mid-1990s during the budget cuts under then-prime minister Jean Chrétien, Canada is not in the geopolitical position to allow its defence budget to dissipate.

“We’re in a different world now,” he said, citing the “strategic environment” with more aggressive behaviour being seen from the Chinese and Russian governments.