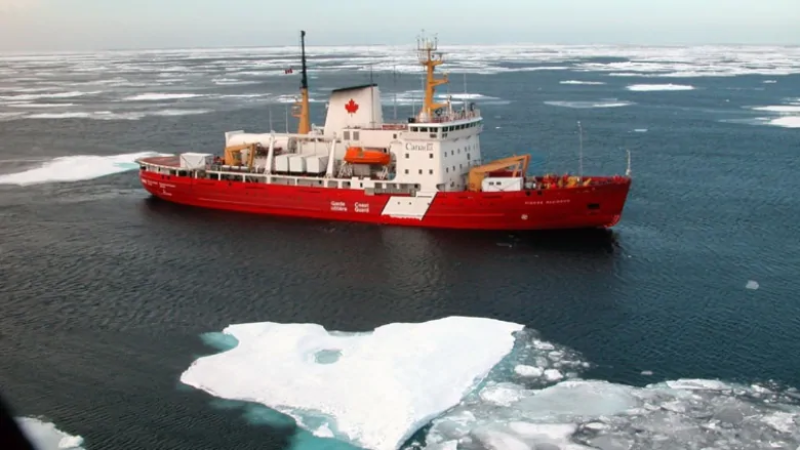 IQALUIT, NU, Aug. 2, 2019 /CNW/ - Canadians across the country rely on the critical services of the Canadian Coast Guard to protect mariners and the marine environment, and to ensure the safe and efficient movement of ships that are key to our vibrant economy. With continued growth in commercial shipping and with climate change already affecting our communities, demands on the Coast Guard continue to grow.

The Coast Guard provides critical icebreaking services to ensure commercial ships and ferries have access to Canadian ports during the winter time, and supports summer re-supply activities in Canada's Arctic. To ensure the Coast Guard can continue to deliver these essential services, today, the Honourable Jonathan Wilkinson, Minister of Fisheries, Oceans and the Canadian Coast Guard, announced that the Coast Guard will be procuring six new program icebreakers to replace its current aging fleet of icebreakers.

Minister Wilkinson also announced, on behalf of the Honourable Carla Qualtrough, Minister of Public Services and Procurement and Accessibility, that the Government of Canada is officially launching a competitive process, through an Invitation to Qualify, to add a third Canadian shipyard as a strategic partner under the National Shipbuilding Strategy (NSS). This new shipyard will build the new program icebreakers for the Coast Guard.

"The Canadian Coast Guard saves lives at sea, maintains safe shipping, enables an otherwise ice-choked economy, protects the marine environment and supports Canadian sovereign presence in the Arctic. Demands on the Coast Guard will only grow as the impacts of climate change become more frequent and intense. By adding the new program icebreakers to renew the fleet, we are ensuring the women and men of the Canadian Coast Guard have the equipment they need to deliver icebreaking services in the Arctic, on the St. Lawrence waterway and on Canada's East Coast."

The Honourable Jonathan Wilkinson
Minister of Fisheries, Oceans and the Canadian Coast Guard

"This is an important undertaking with another significant investment to back it up, and it means even more jobs, more opportunity and more economic development right across the country, while ensuring our Canadian Coast Guard has the ships it needs to do its important work. Together with our partners, we are renewing Canada's federal fleet, advancing Canadian technological innovation and supporting jobs across Canada."