For CAE the future means expansion in cyber, space and more defense acquisitions 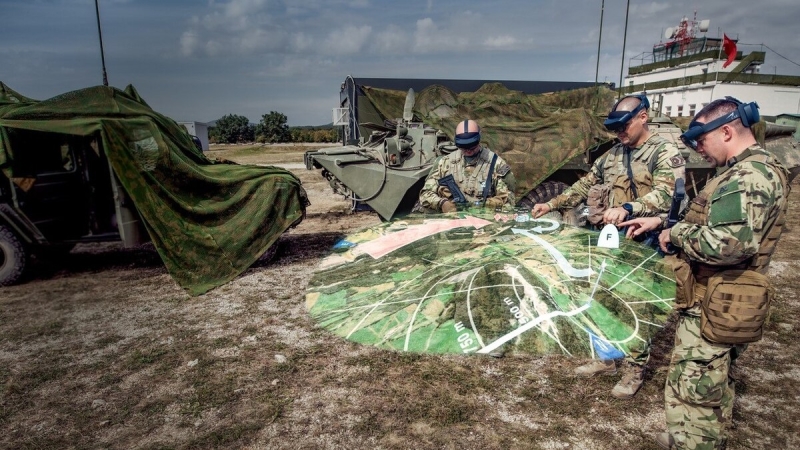 WASHINGTON — With defense budgets around the globe expected to fall, simulation and training firm CAE is moving to diversify its defense and security portfolio, with an emphasis on space and cyber capabilities.

Dan Gelston, who took over CAE’s defense and security business unit in August 2020, told Defense News that his team is also looking to partner with defense primes during the early stages of new competitions, a shift which could require CAE investing in research and engineering efforts.

Over the last two decades, CAE was “very focused” on traditional platforms, particularly planes and unmanned aerial vehicles, Gelston said. Now, he expects the future of the company to involve “a real focus on space and cyber, not only for that customer, but also for CAE. And those are areas that we need to augment our capabilities to make sure that we’re providing the best product, the best service to help our customers.”

The full interview will air as part of CAE’s OneWorld event Feb. 9.

CAE reported just over $1 billion in defense revenues in 2019, which made it the highest-ranked Canadian company on the annual Defense News Top 100 list. Currently, Gelston’s unit makes up about 40 percent of the company’s overall business, but he sees a chance to hit a “much larger” market going forward.

Gelston’s plan includes increasing the “security” part of the company’s “defense and security” portfolio by aggressively pursuing contracts for government agencies such as the Department of Homeland Security and Transportation Security Administration. This would competing for what he describes as a “multi-hundred-million dollar opportunity with TSA here in the next few months” for training security forces for airports.

“With space assets ability to target, with cyber assets ability to attack anywhere and everywhere, it’s not just the Pentagon, it’s critical infrastructure, it’s a lot of what we traditionally have separated into DHS. So that security element is crucial,” he said.

“We could really bring a lot of our research and development, our capabilities in machine learning and AI and virtual reality and augmented learning management systems” to DHS, which “you could categorize a little more of a traditional time phased approach to training.”

As the company seeks to expand into the non-defense security realm, Gelston said the company is keeping an eye out for potential merger and acquisition options, saying “I certainly would like to think in the next 18 to 24 months a property would come along, that’s particularly attractive to me.”

2020 was a rocky year for CAE, which was hit particularly hard given its ties to the commercial aviation space. But the company worked quickly to shave costs, and toward the end of the year issued a public offering, with the goal of raising roughly $2 billion Canadian ($1.56 bn American). The plan, as Gelston said, was to have enough “dry powder to make sure that we’re coming out leaning forward out of the COVID crisis. We don’t want to be hunkering down just trying to survive. We want to take advantage of this.”

While not discussing specifics, Gelston emphasized that “I’d love to get a little more robust training capability in the cyber realm… that’s an area that that I can certainly see augmenting with potential acquisition here in the next 18 to 24 months if the right property comes along, I think we would be positioned to potentially pursue that.”

That focus on new areas doesn’t mean the company is turning away from traditional defense projects, but it does come with a greater focus on teaming up with prime contractors early in the process to offer the DoD and other customers a package solution from the start, as opposed to bidding on training and simulation contracts after a design has been selected.

He pointed to the surprise rapid test-flight of the Next Generation Air Dominance (NGAD) demonstrator from last September as an example of how defense acquisition is speeding up.

“Our defense acquisition officials are really looking for skin in the game from industry” early on, he said. “We don’t have the time for the classic cost-plus development work, years and years and multiple phases” of a project.

“No company, even the big OEMs, have unlimited research and development budgets. No company, even Lockheed Martin, has unlimited engineering assets,” he continued. “So if I can partner with these OEMs on these major next generation platforms now and start co developing as they develop the platform, I’m codeveloping the training in the simulation experience, and sharing some of that burden, adding skin into the game for research and development engineering — It’s not just money, it’s also time, and time, arguably right now is our is our biggest enemy — I can really help those OEMs and give them a true discriminator in their offering.”

“And certainly at the end, that international or us customer is going to be much better off as they’ve got a fully baked, fully integrated training and simulation solution with that new platform.”

In addition to looking into NGAD, Gelston said the company plans to pursue nearer-term contracts related to the F-35 joint strike fighter, MQ-9B drone, and the Army’s Future Vertical Lift competition, while also continuing ongoing efforts like its C-130H business, which was awarded in 2018.