The Army’s slashed its 2021 buys of the Armored Multi-Purpose Vehicle (AMPV) and upgraded Paladin PIM howitzer to give the factory time to make fixes, particularly to quality control.

PENTAGON: Two of the three armored fighting vehicle programs being built by BAE System’s factory in York, Pennsylvania have been slashed in the 2021 budget. While the Marine Corps continues to ramp up production of its eight-wheeled Amphibious Combat Vehicle, from 56 ACVs in 2020 to 72 in ’21, that increase is swamped by Army cuts to two tracked vehicles, both derived from BAE’s iconic but aging M2 Bradley:

Those 2022 figures are a forecast in the five-year budget plan, however, not a formal request to Congress, and they might change. “Once you start to get that production line facilitized — and again it’s not going to be one of those things you figure out in a couple months — it’s going to be an iterative every-year look at what’s the right rate [and] what’s the most effective and efficient way to run that line,” deputy assistant secretary John Daniels told reporters yesterday. 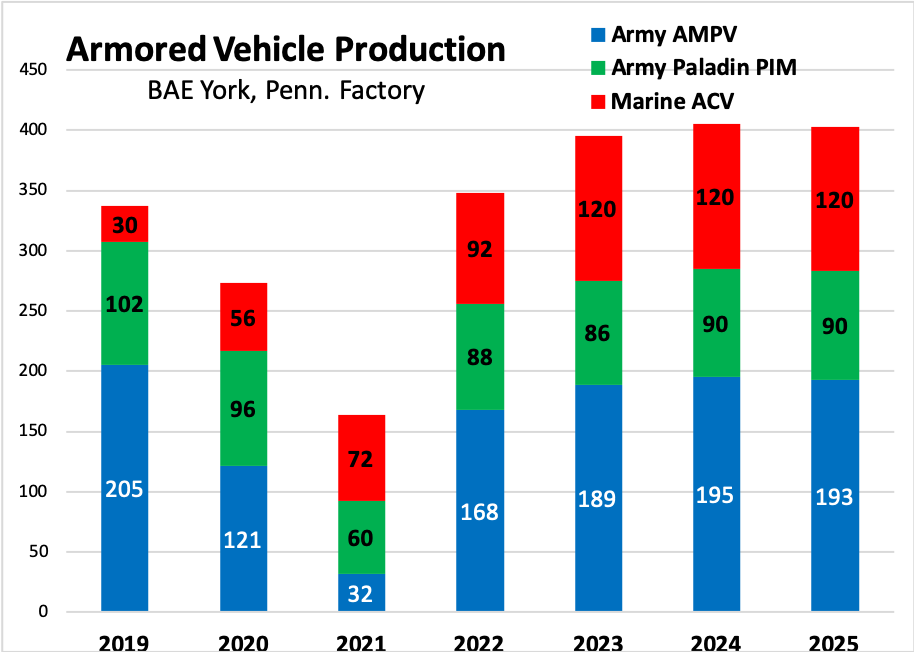 The Army had already reduced production of both BAE vehicles in its 2020 request last year – along with over 180 other programs – as it ruthlessly scrubbed its current programs for savings it could reinvest in higher-priority, higher-tech weapons for future wars with Russia or China. But BAE’s York plant has also had trouble keeping up both quality-control standards – notably for welding armored hulls – and production rates as it tried to expand its tooling and its workforce to meet Army demand, attracting the personal attention of then-Army Secretary Mark Esper.

“Part of the problem was “getting the production facility right-sized,” Daniels said, “[and] there were some additional unforeseen issues in the industrial base” – presumably a reference to the quality control issues.

So the Army decided to “slow the production curve to get a little bit of time to get a better vehicle,” he said. “It would delay it by about six months.”

We’ve asked BAE Systems for comment and will update this story as soon as they get back to us. 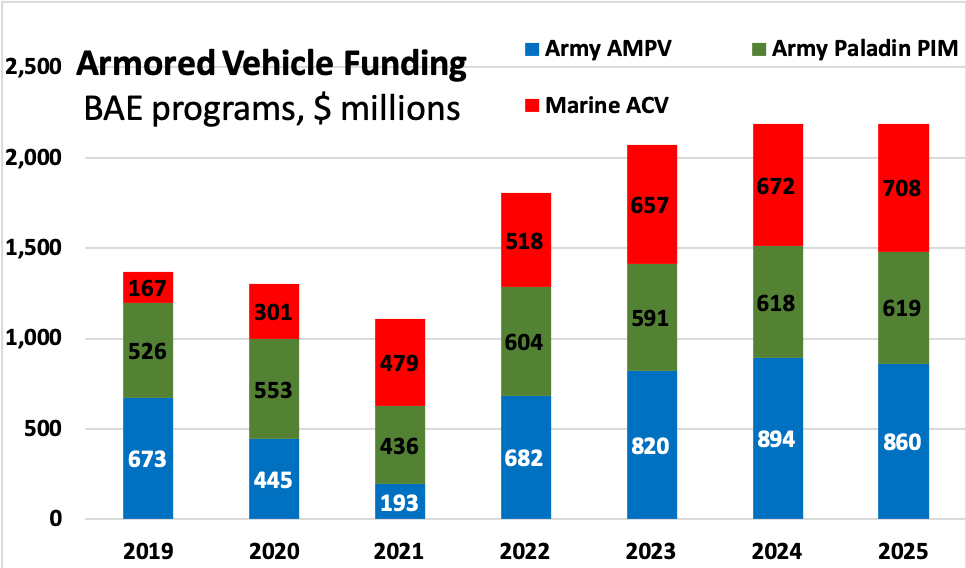