Analysis: With Canadians tuned out on defence, political parties can safely ignore the topic at election time 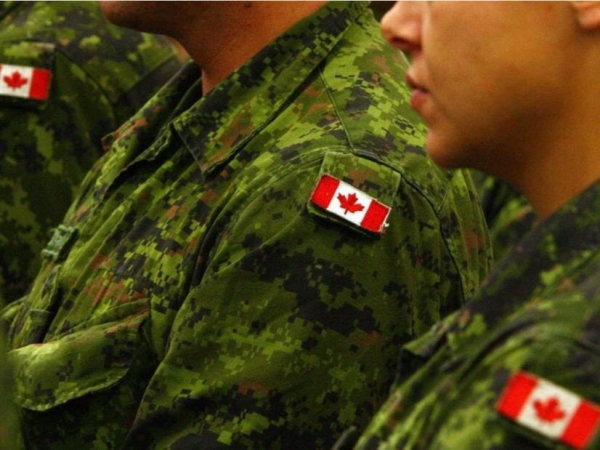 It’s not much of a surprise that defence and security issues aren’t a factor in this federal election.

Despite the concerns of various commentators and analysts, the political parties can safely ignore those topics.

Even though billions of dollars are to be spent on the future purchase of military equipment, and Canada is engaged in training missions in Ukraine, Latvia and Iraq, the average Canadian doesn’t appear to care all that much about such topics.

That doesn’t mean that such a viewpoint is right. But it’s typical of recent elections.

The parties have touched briefly on defence and security in their platforms.

Conservative Leader Andrew Scheer has noted he would improve relations with the U.S. and join the U.S. missile defence program. His government would buy new submarines and improve Arctic sovereignty. The Conservatives haven’t discussed what it would cost to join the American missile defence system and there is no price tag for new submarines designed to operate in the Arctic. The subs, in particular, could be costly. In 2016 Australia announced its program to acquire 12 new subs with a price tag of $50 billion.

Earlier this year Scheer vowed that a Conservative government would take the politics out of defence procurement, equipping the Canadian Forces with only what it needs. But even as he re-emphasized that point on the campaign trail, Scheer promised to order a second naval supply ship to be built at Davie shipyards in Quebec. While that would create jobs in the province and potentially generate support for the Conservatives, the leadership of the Royal Canadian Navy is adamant the second vessel is not needed.

Liberal party defence promises have fewer details. Once again the Liberals have promised to increase support for the United Nations. But that’s a repeat from the 2015 election campaign and many defence analysts point out that the Liberals didn’t really deliver on that in their first mandate. There was the Canadian Forces mission to Mali, finished after only a year, and the assignment of a transport aircraft for UN use. But little else.

The Liberals have a new promise to use the Canadian military’s expertise for climate-related disasters, but again there are few details.

They’ve also resurrected another of their 2015 election promises, which was to reform the defence procurement system. Little was done over the past several years to improve the system to purchase billions of dollars of military equipment. This time around the Liberals are promising to create a Defence Procurement Agency but it is unclear  how that would be set up.

The Green party has promised stable funding for military equipment and training, deployment of military personnel to deal with climate change disasters and pollution in the Arctic, to sign a treaty to abolish nuclear weapons and to cancel a deal with Saudi Arabia for light armoured vehicles.

The NDP stated they would hold a fair competition for new fighter jets, keep shipbuilding procurement on time, stop the privatization of services at military bases and put more focus on peacekeeping.

While defence and security issues are important, and can be costly to taxpayers, they don’t seem to appear at the forefront of voter concerns. Most of the time they don’t even register. Despite the thousands of words written and spoken by politicians and defence analysts about aging fighter jets, Canadians aren’t marching in the streets to demand replacements for the RCAF’s CF-18s.

Scheer’s promise to spend $1.5 billion to buy new medical imaging equipment for hospitals across Canada is more directly relevant to the average Canadian – who likely knows someone who has had to wait months for a MRI – than his promise to have Canada join the U.S. missile defence shield.

The lack of interest by Canadians on defence matters has not been lost on politicians in power, particularly when they need to cut spending. By realizing that defence issues concerned only a small portion of the electorate, Conservative Prime Minister Stephen Harper – who counted himself as a politician firmly behind the Canadian Forces – was able to chop the military’s budget.

At the heart of that issue is the lack of connection to and knowledge of the Canadian military by most Canadians. That was illustrated by a July 2018 report commissioned by the Department of National Defence which concluded that, “Awareness of and familiarity with the [Canadian Forces] was generally very low; virtually non-existent among those in the younger age group.”

Only 26 per cent of those surveyed had some awareness of what the Canadian Forces had been doing over a year-and-a-half period. They couldn’t even name what types of missions the military did at home, despite the high profile responses by the Canadian Forces to natural disasters such as floods and forest fires.

Participants in the study were even surprised the learn the Canadian Forces operated in the Arctic.

It’s a situation that doesn’t bode well for the future of the Canadian military.