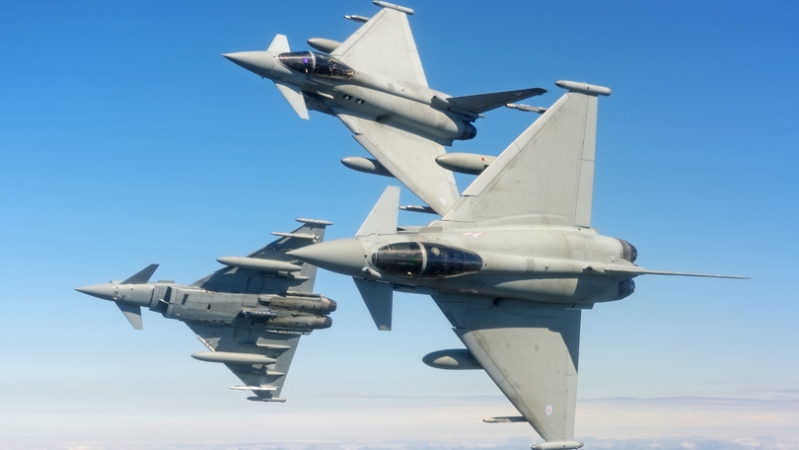 One of the companies in the race to replace Canada's aging fleet of CF-18 jet fighters has dropped out of the competition.

Airbus Defence and Space, which was pitching the Eurofighter Typhoon, notified the Liberal government Friday that it was not going to bid.

The decision was made after a detailed review of the tender issued by the federal government in mid-July.

The move leaves only three companies in the contest: Lockheed Martin Canada with its F-35; Boeing with the Super Hornet; and Saab, which is offering an updated version of its Gripen fighter.

Simon Jacques, president of Airbus Defence and Space Canada, made a point of saying the company appreciated the professional dealings it had with defence and procurement officials.

"Airbus Defence and Space is proud of our longstanding partnership with the Government of Canada, and of serving our fifth home country's aerospace priorities for over three decades," Jacques said in a statement. "Together we continue in our focus of supporting the men and women of the Canadian Armed Forces, growing skilled aerospace jobs across the country and spurring innovation in the Canadian aerospace sector."

Airbus decided to withdraw after looking at the NORAD security requirements and the cost it imposes on companies outside of North America.

It also said it was convinced that the industrial benefits regime, as written in the tender, "does not sufficiently value the binding commitments the Typhoon Canada package was willing to make."

A controversial evaluation process
After complaints from the Trump administration, the Liberal government revised the industrial benefits portion of the tender to make it more fair to Lockheed Martin.

The changes to the evaluation process irked some competitors.

Under long-established military procurement policy, the federal government demands companies spend the equivalent of a contract's value in Canada as a way to bolster industry in this country.

The F-35 program is not structured that way. It allows Canadian companies to bid on the aircraft's global supply chain contracts.

There is, however, no guarantee that they'll get any of those contracts.

The recent revision ensures that Lockheed Martin will not be severely penalized for having a different system.

"I was surprised by the recommended changes," said Jim Barnes, the director of business development in Canada for Boeing Defence, Space & Security. "We believe we can put a really compelling offer on the table.