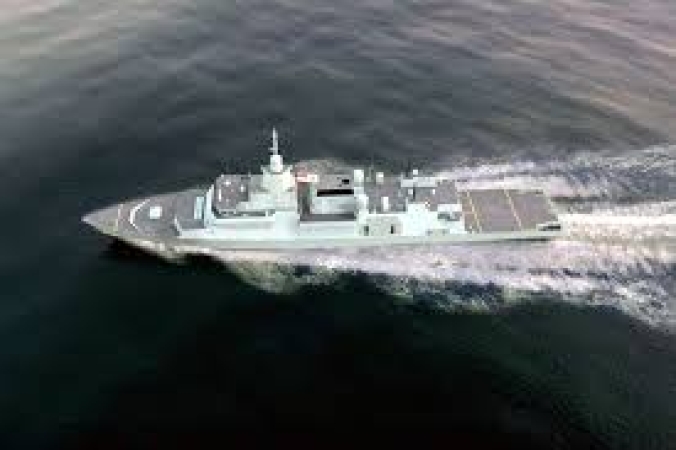 Ultra is delighted to announce a contract award to commence work on the key Variable Depth Sonar (VDS) system for the Canadian Surface Combatant (CSC) program - named the Towed Low Frequency Active Sonar (TLFAS). This subcontract moves the development of CSC's anti-submarine warfare (ASW) capability from the program definition phase into the full manufacture and delivery of the vessels suite of sonars.

The TLFAS is a world-class towed sonar solution, optimized for the detection and tracking of stealthy submarines in challenging ocean environments. When delivered it will represent a step-change in Canada's anti-submarine warfare assets and will provide a level of sonar capability never before enjoyed by the Royal Canadian Navy.

The TLFAS system is fully designed and manufactured by Ultra in Nova Scotia, Canada. Its design also includes components built by other Canadian companies, such that the industrial benefit of this system selection is spread across multiple Provinces. The selection of this system for CSC therefore means that Canadian industrial content is maximized in the delivery of the initial systems, and that the skillsets and facilities required to maintain the system through its operational life are also resident in Canada.

More broadly, Ultra is proud that its work on the CSC program is proving to be an important vector for growth of Canadian jobs, innovation and investment. In the two years since having been originally awarded program definition studies for CSC, working in close partnership with Lockheed Martin Canada and Irving Shipbuilding Inc., Ultra's Canadian team has grown by over 150 employees, with another 80 high-tech roles expected to be made available in 2021 alone.

The program is also triggering major Canadian investment decisions by Ultra in terms of facilities, inward technology transfer and research partnerships which will be announced through the course of 2021. Overall, Ultra's role on CSC is a very good example of the Industrial and Technological Benefits that the program is providing to Canada, and of the enduring impact that the program will have on sovereign naval capability for the nation.

Bernard Mills, President of Ultra Maritime Sonar Systems commented: 'Ultra recognizes our responsibility to provide, through CSC, the highest possible level of ASW capability to the Royal Canadian Navy. We are therefore immensely proud of this contract award, especially because it is grounded in Canadian innovation and ingenuity, and because it will be an enduring driver of both operational capability and national industrial benefit. Most importantly, this is not just a success for Ultra but is one for the entire CSC enterprise, and I want to thank our strong partners in Lockheed Martin Canada, Irving Shipbuilding Inc., and all our peers on the CSC team who are as dedicated as we are to the delivery of a world-class naval capability to Canada, built by Canadians'.

The Honourable Anita Anand, Minister of Public Services and Procurement, noted: 'As we work to build the future fleet of the Royal Canadian Navy, we are pleased to see companies like Ultra stepping up to provide leading-edge technology for our shipbuilding projects. The National Shipbuilding Strategy continues to provide opportunities for Canadian businesses of all sizes, from coast to coast to coast.'

Parliamentary Secretary to the Minister of Health and Member of Parliament for Dartmouth-Cole Harbour, Darren Fisher, highlighted the benefit of this contract award in his riding: 'I am delighted to see the positive economic impact of the National Shipbuilding Strategy across Nova Scotia. Companies like Ultra are playing an important role in the CSC program, while providing good quality jobs here in Dartmouth. Ultra's highly skilled employees will produce the technology needed to help ensure the capability of the Royal Canadian Navy's future fleet.'