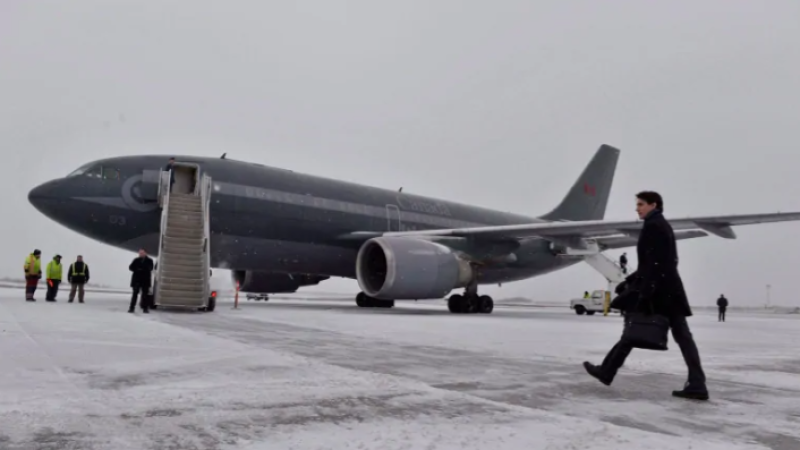 The federal government is exploring the possibility of replacing its aging fleet of transportation planes as part of a planned bailout of the country's battered airline industry, federal sources said.

While plans to replace the Canadian Armed Forces' five CC-150 Polaris aircraft have been in the works for years, government officials said they have started to look at whether any deal can be found among commercial airlines that are currently looking for financial relief from Ottawa.

The airline industry has been one of the hardest hit by the COVID-19 pandemic and is facing a liquidity crisis, having been forced to cut back on a number of regular routes amid a sharp decline in demand.

Sources, whom CBC News agreed not to identify in order to discuss confidential elements of the procurement process and talks with the airline industry, said Air Canada is seen as a potential supplier for the fleet, which is used to transport cargo, troops and dignitaries such as the prime minister. Still, the sources said discussions are preliminary.

Last week, all potential suppliers were invited to signify their interest in the contract as part of an "invitation to qualify" published on a federal website.

"It is not a new project," a defence official said. "The reason why [the Canadian Armed Forces] are looking at this now is really because of the fact there have been significant changes in the global aircraft market this year. They are looking at options to see what suppliers might have available, because order books are looking different than they were a year ago."

Another official confirmed the government sees a possible window to inject liquidity into the airline industry at the same time as it seeks to replace its fleet of gas guzzling transport aircraft.

"When the government decided a few weeks ago to help the airline sector, there was a situation where it became possible to address two issues at once, namely helping the airline industry at the same time as replacing an aging and polluting fleet," the official said.

Still, aviation expert John Gradek cautioned that a company like Air Canada would much prefer to hold on to its most recent aircraft and sell the older ones to the government.

"Would you want to trade old for old?" he asked.

Gradek added there are thousands of aircraft parked around the world, and manufacturers, facing a decreased demand, might be willing to offer a deal to the Canadian government. He pointed to Air Transat as a potential Canadian-based supplier facing financial difficulties and surplus capacity.

"The airline market is soft; it's a buyer's market," he said.

The five Polaris aircraft were built by Airbus and sold to Wardair in the late 1980s, before being resold to the Canadian Armed Forces in the early 1990s. They are used to transport cargo and troops on military and humanitarian missions, as well as VIPs, including the prime minister, the governor general and foreign dignitaries.

Two of them are equipped for air-to-air refuelling and can each help four CF-18s to cross the Atlantic.

One of the two Polaris CC-150s that can be used for VIP transport suffered serious damage last year when a motor struck a tow tractor in a hangar and its nose crashed into a wall. The repairs to the aircraft are ongoing.

The aircraft designed for VIP use are far from luxurious and fall well below the standard of most aircraft used to transport G7 leaders, both in terms of comfort and communications equipment.

The invitation for suppliers to qualify to provide strategic tanker transport aircraft was published on Dec. 17. The Canadian Armed Forces are once again looking to acquire five aircraft for this new fleet, which will be expected to offer air-to-air refuelling capabilities for the new fleet of fighter jets.

Gradek said that once the Polaris CC-150 are replaced, they will likely be headed for the scrapyard.

"There is no market for these airplanes," he said.