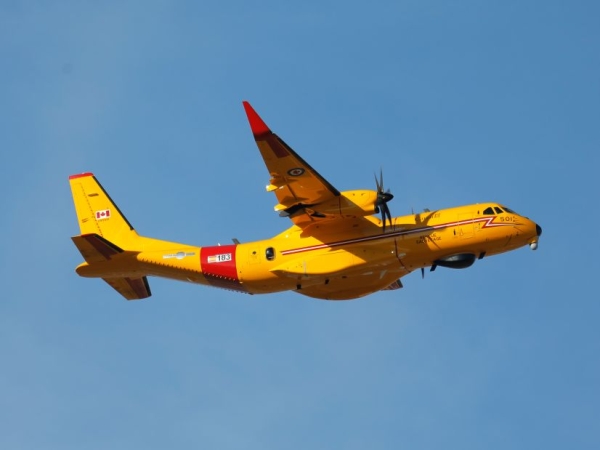 The month of December saw movement on two major defence and security related equipment programs. The RCAF announced it accepted the first Fixed Wing Search and Rescue aircraft from Airbus even as the military tried to work out issues with technical manuals for the C-295 plane.

“We will continue to work with Airbus to ensure the acceptability of remaining work, including revision of technical manuals, completing training for the initial RCAF crews and conducting initial operational testing and evaluation in Spain in the first half of 2020,” explained Department of National Defence spokesman Jessica Lamirande. “The aircraft will be flying in Spain by the spring of 2020 with the completion of qualification work and training for RCAF personnel. It will only fly in Canada when it arrives in mid-2020.”

Seaspan Shipyards announced Dec. 10 that it completed the delivery of CCGS Capt. Jacques Cartier, the Canadian Coast Guard’s newest Offshore Fisheries Science Vessel or OFSV. It is the second OFSV delivered by Seaspan, which was her sister ship, the CCGS Sir John Franklin.

These two ships are the first large vessels delivered under the National Shipbuilding Strategy.

More than 600 Canadian firms were involved in the project, reported Esprit de Corps military magazine. Equipped to support Fisheries and Ocean scientists in the collection and analysis of data on Canada’s marine ecosystems and the impacts of climate change, the vessel features a full suite of modern systems, including high-tech fishing trawls and four science labs — a wet lab, a dry lab, an ocean lab and a control lab, Seaspan noted. The OFSV also has a deployable drop keel, loaded with a wide array of sensors to support the vessel’s research mandate.

The CCGS Capt. Jacques Cartier will also support search and rescue operations and environmental response. A third OFSV under construction at Seaspan Shipyards is structurally complete and on schedule to be delivered in August 2020, Seaspan added.

In the meantime, Collins Aerospace Systems used the Dubai Air Show to highlight the fact that the new C-295 aircraft come equipped with the firm’s state-of-the-art Pro Line Fusion flight deck, Esprit de Corps military magazine reported. That will significantly advance the capabilities of C-295 operators, according to Collins Aerospace Systems. The selection marks the first fixed-wing search and rescue platform to include Pro Line Fusion among its standard equipment.

L3Harris Technologies delivered two F/A-18 Hornet aircraft to NASA in November after successfully completing depot-level modifications and repair work. The two aircraft were delivered to NASA by L3Harris Canadian Fighter Center of Excellence in Quebec. Vertex Aerospace LLC selected L3Harris to work on the NASA F/A-18 Hornet aircraft in 2018. As part of the scheduled maintenance work, L3Harris addressed structural modifications, while maximizing the availability of the aircraft for operational use. The work involved structural modifications to eliminate flight and landing restrictions.