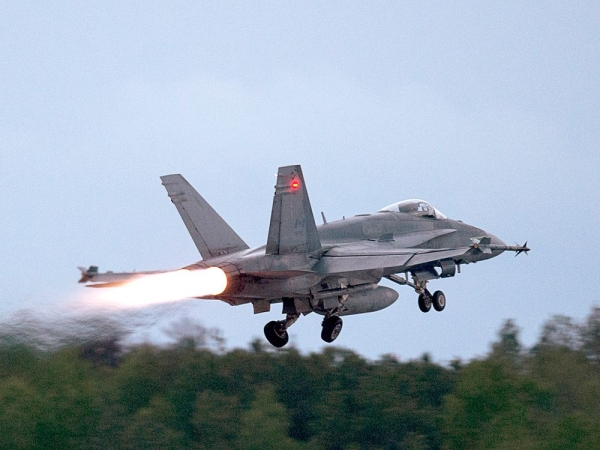 OTTAWA — The federal government is planning to invest hundreds of millions of dollars more to ensure Canada’s aging CF-18s can still fight while the country waits for replacement jets, which were originally expected years ago.

The extra money comes after the federal auditor general warned in late 2018 that Canada’s fighter jets risked being outmatched by more advanced adversaries due to a lack of combat upgrades since 2008 and will result in new weapons, sensors and defensive systems for the fleet.

Royal Canadian Air Force commander Lt.-Gen. Al Meinzinger estimated the added cost will be around $800 million, which is on top of the $3 billion the government has already set aside to extend the lives of the CF-18s and purchase 18 secondhand fighter jets from Australia.

“Canada has a history of upgrading their fighter aircraft,” Meinzinger said in a recent interview with The Canadian Press. “It’s a consequence of the fact that over time, threats … advance as technology advances.”

The air force did not initially plan any upgrades to the CF-18s’ combat systems after 2008 because it expected to retire the last of the fleet by 2020, when a new fleet of jets was to have taken over.

Instead, thanks to how successive governments have managed — or mismanaged — the jet file over the past decade, a competition to select a new fighter for the air force is only now underway. Even then, the last CF-18 isn’t scheduled to be retired until 2032.

The air force “imagined perhaps transitioning the fighter force a little bit earlier,” Meinzinger acknowledged, which is why the need to invest in the CF-18s’ combat systems wasn’t taken — or even apparent — earlier.

“Because we anticipate flying the aircraft longer, this is why we’re doing what we’re doing to ensure we’ve got at least parity with the threats that we would see over that timeline before we can transition to the new fighter,” he added.

The federal auditor general flagged concerns with the combat effectiveness of Canada’s CF-18s in a report in November 2018, warning that the planes “will become more vulnerable as advanced combat aircraft and air defence systems continue to be developed and used by other nations.”

The auditor general also found that even though the Department of National Defence had decided to invest money into the CF-18s to keep them flying past 2020, it “removed upgrades to combat capability,” in part because of “cost concerns.”

Documents obtained by The Canadian Press through the Access to Information Act show the auditor general’s office initially wanted to say the fleet was “not fully capable for combat.” But defence officials said that could “compromise operational security” and suggested toned down language.

“We’ve got an excellent capability,” Meinzinger said when asked about the state of the fleet. “The fighter force has got an outstanding reputation globally. They stand the watch 24/7, 365 under the NORAD rubric. … I don’t want Canadians to be worried about where we’re at today.”

The U.S. Marines are looking at keeping their F-18s — upon which the CF-18 is based — in the air until the 2030s, and Meinzinger said the two forces are working together to identify the best ways to do that.

“We’ve made it a priority and we’re moving as fast as we can to get it delivered,” he said. “Obviously our intent is always to ensure that we’re making the investments such that we believe that we’ve got at least parity against the threats that we would face.”