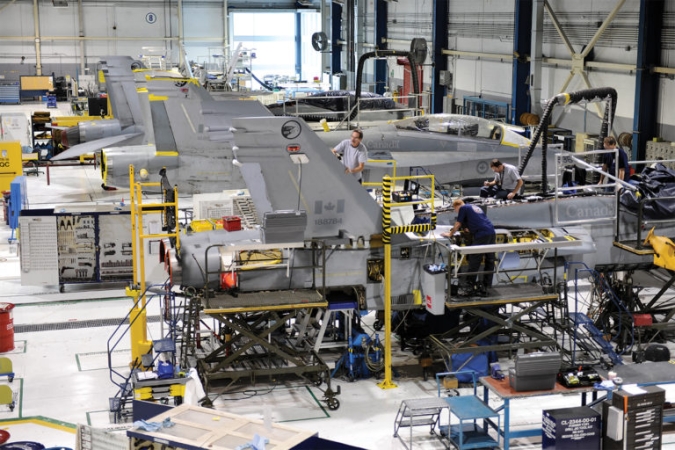 In an appearance before the Commons finance committee on May 12, Parliamentary Budget Officer Yves Giroux suggested the federal deficit could vastly exceed the $252 billion he projected in mid-April as the government continues to unveil relief measures to help Canadians and businesses withstand the economic impact of the coronavirus pandemic.

Most admit it is to too early to tell what that will mean for future military procurement and the government’s 2017 defence policy, Strong, Secure, Engaged (SSE), but think tanks and defence analysts are nonetheless forecasting turbulence ahead.

“Over the past generation, recessions and the fiscal consolidation that has followed them have had a seriously negative impact on DND’s (Department of National

Defence) budget,” wrote Eugene Lang, an adjunct professor with the School of Policy Studies at Queen’s University and Fellow with the Canadian Global Affairs Institute, in a recent policy paper for CGAI.

“The future for SSE and its associated funding does not look bright. National defence probably has a year or two before the crunch hits.”

Christyn Cianfarani is more cautious, but the president and chief executive officer of the Canadian Association of Defence and Security Industries (CADSI) admits the “rumblings are there that we are naturally concerned. Anybody who knows their history will tell you that when federal governments have been in these deficit spending situations — and this is the largest since the Second World War — they typically will be looking for strategies to reduce that deficit in the long term and DND unfortunately is a target.”

But pulling government funding from a sector that has weathered the COVID-19 storm reasonably well might be “counterintuitive,” she suggested. The sector “right now is one of the few that is able to contribute to the economy under this persistent pandemic environment … If there are multiple waves of [the virus], defence will be one sector that actually can shoulder the ups and downs and return to remote operations if we get to that stage again.”

“Pure play” defence companies with few or no ties to commercial aerospace and the travel industry have managed the risks well, she said. Most have so far avoided the workforce layoffs and temporary downsizing experienced in other sectors, though manufacturing has slowed to meet provincial health regulations. Some, in fact, have been hiring.

“Aside from some localized instances of companies facing real challenges, I would say the overall health [of the sector] is not too bad,” she said.

Following what she called a “choppy” roll out of COVID-19 related policies that cut across federal and provincial jurisdictions, defence companies have adapted. Some have retooled shop floors and supply chains to manufacture critically needed personal protective equipment (PPE). Others with government contracts have continued operations where possible, albeit at reduced levels to match restrictions at government facilities. Maintenance on some platforms such as submarines has halted.

The federal government has been “very conscious of trying to keep the contracts moving and executing,” said Cianfarani. “For example, if you are in the Canadian shipbuilding program, you are still pushing forward. If you are part of that supply chain, that hasn’t seen any tangible change in the expectations.”

Furthermore, many smaller defence firms specialize in software development and cyber security, both of which remain in demand as governments and companies try to protect expanded networks that now include thousands of employees working from home.

The greatest concern for members has been liquidity, she said. CADSI encouraged the Business Development Bank of Canada and Export Development Canada to set aside their traditional risk aversion to the defence sector as they work with private sector lenders to support access to capital. The Business Credit Availability Program includes loans of up to $60 million and guarantees of up to $80 million.

“We are quite proud of making a big intervention on that,” she said. “It was supposed to be open for all businesses and, irrespective of … whether you characterize certain businesses as higher risk than others, it is an incentive program at the federal level.”

At the outset of the COVID-19 economic slowdown, CADSI was a vocal advocate for defence as an essential service and greater harmonization of federal and provincial policies, including the rules that allow embedded contractors to access Canadian Armed Forces facilities.

As provincial governments now begin easing restrictions and take the first tentative steps to open their economies, the association is calling for guidance and common standards, especially for the use of protective masks, gloves and other clothing.

Of particular concern are the rules for employees of companies that embed on Wings and Bases to provide training, platform maintenance, healthcare and other services.

“Who has to wear protective health equipment in a DND facility and is it the same [federal standard] across different provincial jurisdictions?” said Cianfarani. “If Ontario decides you have to stand two metres apart and Nova Scotia doesn’t have the same policy,” it will create confusion.

Likewise, what PPE do companies need to provide when DND and other government employees visit their facilities?

DND has released some information on “what they are starting to classify as health equipment versus PPE,” she said. “If companies have that information, they won’t get to a DND facility and be surprised by a piece of PPE they need or a standard of working they need to accommodate.”

The economic repercussions of the pandemic likely won’t be felt in the defence sector for some time. Cianfarani noted that some companies have found opportunity in the crisis and will increase investments in automation, big data and other elements of Industry 4.0 as they position for the future. “This is probably an acceleration of something that has been going on slowly in the background for quite sometime,” she observed.

But the pandemic has opened the door to a renewed discussion about a national defence industrial strategy, an issue CADSI has been flagging for over a decade. Buying made-in-Canada defence and security platforms and systems is more expensive, but the past months have demonstrated that protectionism is “alive and well.” President Donald Trump in early April asked U.S.-based 3M to stop supply N95 masks to Canada.

“The crisis has certainly given us and the government, and Canadians in general, a renewed interest in the concept of having sovereign capability,” she said.

Shifting to a procurement culture that accepts the risks and costs of Canadian-built equipment won’t happen quickly or easily — it took about seven years to study and adopt recommendations for Canadian key industrial capabilities, she noted — “but I really do think if there is any opportunity, it is probably now, because the shock is still very prevalent in everyone’s mind.”