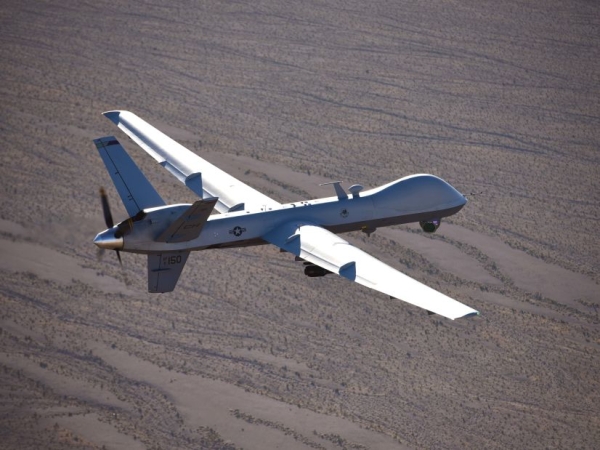 The RPAS project entered the definition phase on April 5 and shortly after the federal government determined two qualified suppliers were eligible for the program, Esprit de Corps military magazine reports.

Public Services and Procurement Canada determined that both L3 Technologies MAS Inc. and General Atomics Aeronautical Systems, Inc., along with the U.S. government, were qualified suppliers.

Canada's quest for an uninhabited aerial vehicle system has been under way for years.

Over the years the Canadian Armed Forces tried other means to buy a fleet of longer-range UAVs. In 2007 the military tried to push a sole source purchase of Predators but the Conservative government decided against that proposal. During the Libyan war in 2011, senior Canadian defence leaders pitched to the government the idea of spending up to $600 million for armed drones to take part in that conflict. That proposal was also declined.

For the Afghan war, the Canadian military purchased the Sperwer, and later leased a Heron drone fleet from MDA of Richmond, BC for missions in Kandahar.

Timelines have continually been revised for the drone acquisition program, originally called the Joint Unmanned Surveillance, Target Acquisition System or JUSTAS. The contract had been expected in 2018.

But Lamirande said the contract for the RPAS project is now to be awarded in the Fiscal Year 2022-2023.

She noted that the RPAS project will procure a new fleet of armed, medium altitude, long endurance drones capable of intelligence, surveillance and reconnaissance and precision strike in support of Canadian Armed Forces operations. The RPAS project will complement existing capabilities, such as the CP-140 patrol aircraft.

“This capability will be integrated into a network of systems to enable near real-time flow of information essential to CAF operations, and to support domestic law enforcement and civilian authorities,” Lamirande said. “Additionally, it will significantly expand Canada's ability to contribute to joint intelligence, surveillance and reconnaissance operations with its allies.”

The Defence Capabilities Blueprint puts funding for the project at between $1 billion and $4.99 billion but no further details have been provided

Lamirande said the release of that RFP is expected in Fiscal Year 2020-2021.