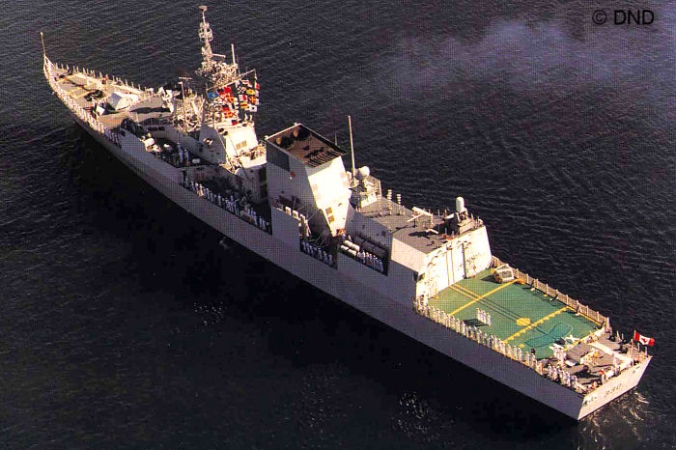 As outlined in Canada's defence policy, Strong, Secure, Engaged, the Government of Canada is committed to equipping the Canadian Armed Forces with modern and capable equipment needed to support its operations.

As outlined in Canada's defence policy, Strong, Secure, Engaged, the Government of Canada is committed to equipping the Canadian Armed Forces with modern and capable equipment needed to support its operations. This includes supporting the Royal Canadian Navy's (RCN) fleet of combat vessels to ensure they remain operationally effective and capable until the transition to its future fleet is complete.

Today, the Government of Canada announced the award of an in-service support contract to Fleetway Inc. of Halifax, Nova Scotia. Valued at $72.6 million for the first six years, with options to extend for up to 22 years, this contract will provide a full range of technical data management and systems engineering support services for the RCN's fleet of Halifax-class ships. This contract will secure an expert team to store and manage thousands of critical ship documents, in addition to producing complex designs to support the installation of new equipment on board the ships. Their specialized knowledge and skills will make sure key information is up-to-date to support maintenance teams, and will enable the maintenance of the Halifax-class operational capability in support of CAF missions.

Awarded as part of the National Shipbuilding Strategy, this contract will ensure that the RCN and supporting shipyards continue to have the technical data required to support ongoing ship maintenance during planned docking work periods, while also providing local economic benefits. Work for the contract began in April 2020, and will continue until the fleet is retired in the early 2040s. This contract is expected to sustain an estimated 140 Canadian jobs.

“The women and men of the Canadian Armed Forces deserve the best equipment and tools available. By investing in our fleet of Halifax class frigates, we will be able to provide our members in uniform what they need to continue advancing peace and security around the world. Our government's defence policy, Strong, Secure, Engaged is delivering real results for Canadians and those who protect us.”

“The National Shipbuilding Strategy continues to support the members of the Royal Canadian Navy and is reinvigorating the marine industry. This engineering service contract award to Fleetway Inc. of Halifax, Nova Scotia, will help provide our navy with safe, reliable ships to carry out their important work on behalf of the Government of Canada, while also creating jobs and generating significant economic benefits in the regions of Canada.”

The Honourable Anita Anand, Minister of Public Services and Procurement

“Our Halifax-class frigates remain the backbone of our Navy, enabling us to maintain our presence at sea both at home and abroad. As we continue to transition to our future fleet, it is essential that we continue to foster an environment that enables the RCN to keep our frigates floating, moving, and fighting. Fleetway Inc. brings world class technical data management and systems engineering support services which will help to ensure the RCN is ready to help, ready to lead and ready to fight.”

“Nova Scotians are deeply proud of the women and men in the Canadian Armed Forces, and it's fitting that companies across the province are providing important support to the National Shipbuilding Strategy. This contract with Fleetway Inc. will keep skilled workers employed here at home, while supporting the Canadian Armed Forces in their work abroad.”