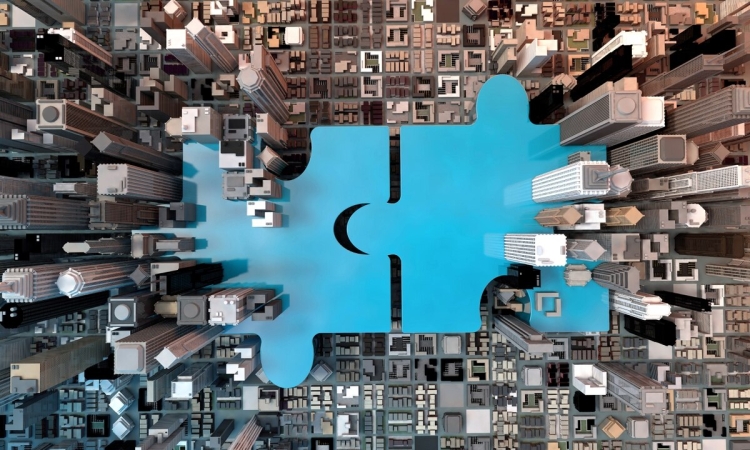 After years of growth, defense budgets will likely flatten (or decline). In such a financial environment, the U.S. Department of Defense will consider trade-offs between funding modernization, sustaining legacy equipment and preserving force structure.

These hard choices will be informed by the DoD’s strategic acquisition priorities, which will likely continue to reflect the need for innovation around leading-edge capabilities in areas like space, C5ISR, long-range precision fires, unmanned vehicles and artificial intelligence.

To support these evolving mission requirements, the defense industry will need to ensure the industrial base is able to deliver technological advantage. This requires attracting world-class talent as well as the necessary financial capital to operate global industrial enterprises.

Attracting these resources requires continued value creation through growth and return on invested capital improvements. But in a down budget environment, where is this growth to come from?

While many will think organic growth is the best value-creating option (and often is), the answer also lies in augmenting a classic portfolio strategy with a systematic approach to transactions. Mergers and acquisitions are a proven growth accelerant for defense companies, and have generated superior shareholder returns and greater resilience for companies that have pursued it systematically.

At first glance, this may simply seem like an obvious description of recent history. The aerospace and defense sector, after all, has seen rapid consolidation in the last five years, with deals worth $358 billion struck between 2015 and 2019, three times the total between 2010 and 2014.

The problem for defense companies looking for more of the same is that this wave of consolidation now appears to have run its course. The combined market value of the top five defense hardware players is now more than four times that of the next five; so even as further mega-deals are theoretically possible, they will be increasingly difficult to execute, underscoring the value of programmatic M&A.

Distinct from selective or organic deal-making approaches, programmatic M&A involves a company conducting two or more small or midsized deals per year, with an aggregate value greater than 15 percent of its market capitalization over five years, that align with their overall corporate strategy (which is hopefully linked to the “fast streams” of growth in the budget (see exhibit below)).

These deals get choreographed around a specific business case, such as scaling or integrating vital digital capabilities, and are rooted in a disciplined appraisal of transactions.

In the defense industry, programmatic M&A should be deployed against a strategy supported by the customer’s need for innovation, lower costs and better mission outcomes for the war fighter.

Our analysis shows that over the last decade, few defense companies took a programmatic approach to M&A. Those who did outperformed their peers in total shareholder returns by 10.4 percent. M&A was also an important key to resilience during the last defense spending downturn in 2007-2011: The top quintile of outperforming companies, as well as optimizing cash and flexing capex, used it as an opportunity to grow less cyclical parts of the business and build digital capabilities.

Defense companies may be deterred by the current market environment, featuring stretched valuations, competition from institutional capital and a squeeze on mid-tier players. They may be cautious about the challenge of integrating smaller nondefense acquisitions into company processes and culture — a process that is easier to get wrong than right to be sure.

The very complexity of these circumstances creates opportunities for bold players to differentiate themselves from their peers, align their strategies with national defense priorities and add significant value for shareholders. When done well, programmatic M&A can form a central pillar of their growth strategy.

With a proactive approach to deal sourcing, holistic diligence, and in-house execution and integration expertise, companies can establish M&A as a critical capability and avoid the risks of reactive, one-off projects. In the challenging environment that confronts the defense industry today, those who act boldly will succeed in creating enduring businesses that can adapt to the evolving needs of the national defense.

Eric Chewning and Frank Coleman III are partners at McKinsey and Company. Chewning previously served as chief of staff in the Office of the Secretary of Defense, and before that as the Pentagon’s industrial chief.