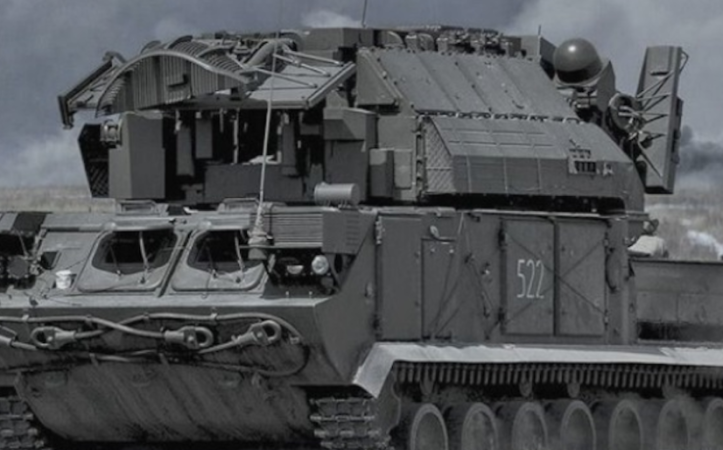 Prime Minister Justin Trudeau said Thursday that Canada has intelligence indicating a Ukrainian passenger jet that crashed outside Tehran was shot down by an Iranian-surface-to-air missile.

Trudeau declined to get into details about where that information came from but U.S. missile defence satellites likely played a key role in providing some of that intelligence data.

Ukrainian International Airlines Flight 752 was destroyed Wednesday shortly after it took off from Tehran. All 176 people on board died, including 63 Canadians. “We have intelligence from multiple sources, including our allies and our own intelligence,” Trudeau said at a news conference Thursday. “The evidence indicates that the plane was shot down by an Iranian surface-to-air missile.”

U.S. officials were already stating the same conclusion earlier in the day.

The U.S. has a constellation of missile warning satellites that are equipped with various sensors that use, among other capabilities, infrared technologies to detect the launch of a rocket. Many of the details about how the system works and transfers information are secret. But the Space Based Infrared System or SBIRS consists of four main satellites, each costing more than $2 billion. The first was launched in 2011 and the latest put in orbit in 2018.

The U.S. military also has the capability to intercept communications between Iranian commanders and anti-aircraft missile batteries which would have provided the Pentagon insight into what might have transpired around the time the Ukrainian passenger jet crashed. Canada also has its own communications intelligence gathering capabilities which are considered top notch.

The Canadian government didn’t release any information on what type of surface-to-air missile could have been involved. But photos that are said to have been taken near the crash site have been circulating on social media. IHS Markit, which includes the Jane’s military publications, reported that the photographs appeared to show the guidance portion of a Russian-built Tor SA-15 short-range, surface-to-air missile. Russia sold 29 Tor systems to Iran in 2007.

The system is designed for destroying aircraft, helicopters and unmanned aerial vehicles. It can hit targets up to 12 kilometres away.

U.S. government officials also told CBS News that American surveillance systems detected that shortly before the Ukrainian airline crash, Iranian anti-aircraft radars were activated. U.S. surveillance satellites then detected two heat signatures, believed to be the launch of two SA-15 missiles, according to CBS. Another heat signature detected shortly after was believed to be the Ukrainian passenger jet exploding.

But why would the Iranians allegedly shoot down an aircraft full of its own citizens?

Human error or bad intelligence could be to blame.

The crash took place just hours after Iran launched ballistic missiles against American bases in Iraq in retaliation for the U.S. assassination of a top Iranian general in Bagdad.

Iran’s anti-aircraft missile crews would have been on high alert for any U.S. military response.

“This may well have been unintentional,” Trudeau said of the alleged missile launch.

U.S. President Donald Trump, like Trudeau, has also suggested the crash could have been the result of a mistake. “It was flying in a pretty rough neighborhood,” the president said of the Ukraine Airlines passenger jet. “Someone could have made a mistake on the other side.”

Iran, however, denies that the aircraft was shot down by one of its missiles.

Ali Abedzadeh of Iran’s Civil Aviation Organization also dismissed such claims. “Scientifically, it is impossible that a missile hit the Ukrainian plane and such rumors are illogical,” he stated.

He noted that several domestic and foreign flights were flying at the same altitude of 8,000 feet as the Ukrainian passenger jet at the time of the incident.

But shortly before the crash, the U.S. Federal Aviation Administration announced an emergency flight restriction for U.S. airlines flying over areas of Iraq and Iran. The FAA warned of the “potential for miscalculation or misidentification” of civilian planes because of increased military tensions in those areas.