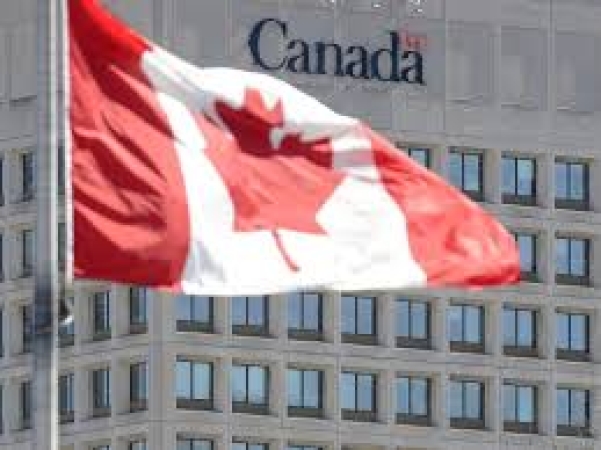 The delivery dates for new or upgraded equipment, some of which is needed urgently, have been pushed several years into the future

OTTAWA — The Department of National Defence has identified delays in more than 100 planned military purchases and facility upgrades, most of which have flown under the radar as attention has focused on the government’s problems buying new fighter jets and warships.

While some of the schedule setbacks revealed by the Defence Department are relatively minor, others are significant, with the delivery dates for new or upgraded equipment — some of which is needed urgently — pushed several years into the future.

Those include new engineering vehicles and machine-guns for the army, new drones for the navy to hunt mines and satellite hookups for its submarines, and upgrades to the air force’s aging fighter-jet and surveillance aircraft fleets.

More than half the list of 117 delayed projects is infrastructure projects on military bases, including health facilities, maintenance and storage hangars, armouries and ammunition depots.

The list was produced by the Defence Department and recently tabled in the House of Commons in response to a request from the official Opposition Conservatives.

Federal officials have to get better at setting “predictable” schedules when it comes to purchasing new equipment, Troy Crosby, whose job as assistant deputy minister of materiel is to oversee procurement at the Defence Department, acknowledged in an interview.

Yet Crosby believes much of the frustration around military procurement is the result of unrealistic expectations born of a lack of understanding and appreciation for how the system, which is dealing with more projects than at any time in recent history, actually works.

“The complexity of what it takes to bring a new piece of equipment into service is extraordinary, and early, early, early in a process, when we don’t even know what it is we’re going to buy or from where, there’s a lot of uncertainty around those schedules,” he told The Canadian Press.

“I think people will understand … you can’t nail a date down to a month in a year specifically. And then if you’re two days late or two months late or what have you, are you really late or was there just an amount of uncertainty around those schedules to begin with?”

As an example, Crosby pointed to the delayed delivery of new search-and-rescue airplanes, where the air force has been wrangling with the manufacturer Airbus over the level of detail that must be in the aircraft’s technical manuals before the military will accept the planes.

“Three years into the contract, we’re behind 18 days,” he said. “That’s not a failure. If the standard is perfection, will defence procurement ever be not broken? I’m not sure. I think you’re holding us to a pretty amazing standard.”

At the same time, Crosby noted that the air force’s Buffalo and Hercules airplanes, which have been performing search-and-rescue missions in Canada for decades, continue to operate despite being long past their replacement dates.

“Do we want to get (the Forces) even better equipment so they can be even more effective at the job using modern technology? Yes,” said Crosby.

“But the Buffalo and those (search-and-rescue) crews are delivering for Canadians now. So I wouldn’t want to leave the impression there that suddenly these capabilities don’t work.”

Yet there have been several examples in recent years of the military either doing without because equipment got too old to use or the government investing taxpayer dollars to keep old gear going longer than anticipated.

Those include the navy having been without destroyers for the past few years, the government spending nearly $700 million to lease a temporary supply ship and plans to spend more than $1 billion to keep CF-18 fighters from the 1980s flying to 2032.

While some of those problems were caused by political dithering or mismanagement, they nonetheless underscore the real cost of delays.

The list of delayed projects produced by the Defence Department included brief explanations for why each procurement has been delayed. Some, such as the purchase of new machine-guns, related to problems with industry and fell outside government’s control.

Others were afflicted with unforeseen technical issues and many of the delays were the result of “detailed schedule analysis” by government officials, suggesting the original timeframes were unrealistic or otherwise inaccurate.

There were also several delays, such as a plan to upgrade the sensors and weapons on the air force’s Griffon helicopters, attributed to a shortage of procurement staff and other internal government resources.

Despite the delays, Crosby said he felt military procurement is “in a good place,” listing the recent delivery of new armoured vehicles and trucks for the army and the pending arrival of new Arctic patrol ships for the navy and the search-and-rescue planes for the air force.

Conservative defence critic James Bezan, however, suggested the delays were the result of Liberal government mismanagement.

“Overall, 90% of procurements are delivered within their planned scope and budget,” she said in a statement. “Our defence plan, Strong, Secure, Engaged, helps build strong, healthy communities and secures well-paying middle class jobs for Canadians. From boots to ships, we will continue to ensure Canada’s military is well-equipped for the task at hand.”