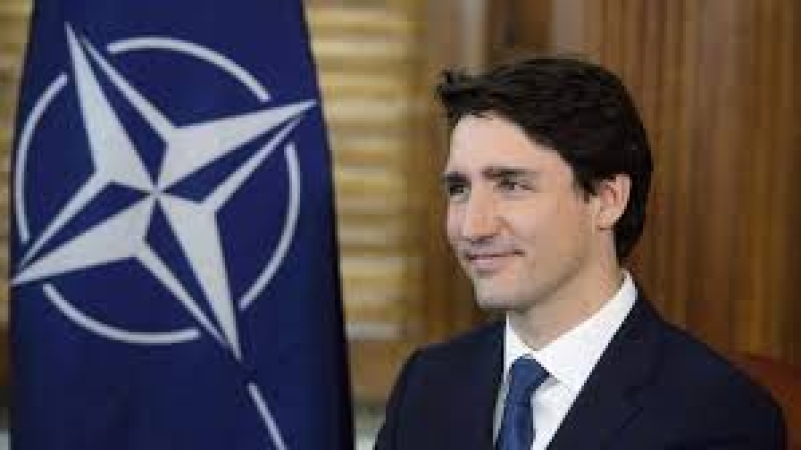 BY MERCEDES STEPHENSON AND KERRI BREEN

Canada has been officially called out by the United States over how much it spends on the military, Global News has learned.

A “blunt” letter from the U.S. government was delivered to the Department of National Defence that criticized Canadian defence spending levels and repeated American demands that Canada meet NATO targets.

Global News has not seen the letter — said to have a frustrated, critical tone — but multiple sources have confirmed it was sent and received.

U.S. President Donald Trump has long called for members of the 29-nation military alliance to beef up their budgets for defence.

His national security adviser Robert O’Brien, who spoke Saturday at the Halifax International Security Forum, said getting NATO members to meet the established target — two per cent of Gross Domestic Product (GDP) — is an urgent priority.

“There are very serious threats to our freedom and our security and if NATO is going to be effective, and if we want to put our money where our talk is, we got to spend that money to defend ourselves,” he said.

Nations including Canada agreed at the 2014 NATO summit in Wales​ to move towards the military spending target within a decade, he noted.

“We expect our friends and our colleagues to live up to their commitments and their promises,” he said.

The North, he said, is going to be the new “frontline” of defence, as Russia and China have made it clear they are going to militarize the Arctic.

One Canadian source told Global News that the U.S. is concerned that Canada does not take the threat from those countries in the Arctic seriously and wants the country to boost its contributions in that area.

Just seven countries — including the U.S. and the U.K. — have met NATO’s two per cent of GDP spending goal, according to figures released in June.

NATO’s estimates show Canada is expected to spend 1.27 per cent of its GDP on the military this year, up from about one per cent in 2014.

Canada does fare better when you look at its defence budget in dollars and cents, said Dave Perry, vice president of the Canadian Global Affairs Institute. The country spends the sixth highest amount overall among NATO members on its military.

As for meeting the percentage of GDP target, Perry’s not optimistic despite planned increases in the defence budget.

“Canada is not on a path to live up to the commitments that we were signing up for in 2014 in Wales,” he said.

Last year, Canada spent about $22.9 billion on the Department of National Defence.

But Ottawa intends to dramatically boost military spending in the coming years. In 2017, the government released a plan to increase the budget to almost $33 billion annually within a decade.

Asked about the letter from the U.S., Defence Minister Harjit Sajjan touted this plan to strengthen spending. Discussions around “burden sharing” within the bloc have been happening for some time, he said.

He noted that under the government’s plan, the defence budget would see an increase of 70 per cent, a “significant amount.”

“The relationship with Canada and the U.S., the defence relationship, I think, is even stronger now, because they see a tangible plan that we have created,” he said on an episode of The West Block that aired Sunday.

The U.S. sending such a letter is an unusual, formal means of relaying a message, and it represents an escalation from previous attempts to get Canada to spend more on its military.

That pressure has been increasing in recent weeks ahead of the NATO summit in London starting on Dec. 3.

In fact, the same message has been conveyed in multiple ways to the federal government, a diplomatic source said, and NATO itself also wants to see more military spending from Canada.

In July, however, NATO Secretary General Jens Stoltenberg suggested publicly he was happy with improvements in Canadian defence spending.

“Under your leadership,” he said to Prime Minister Justin Trudeau, ​​”Canada has stepped up its contributions to our NATO alliance including with forces for NATO missions and operations and increased spending.”

But one former defence minister said the letter from the U.S. — NATO’s leader in defence spending in relation to its GDP — was not a good sign.

Peter MacKay said such a letter amounts to “a very serious diplomatic slap — not on the wrist, but in the face.”

During his time in government, the former Nova Scotia Conservative MP said he had talks with defence secretaries regarding Canadian military spending and the country’s goal of reaching two per cent.

“Those discussions can be forceful and frank but they took place face to face,” said MacKay, who was defence minister for six years under former prime minister Stephen Harper.

“Sending a démarche (diplomatic letter) is really ratcheting it up a notch.”