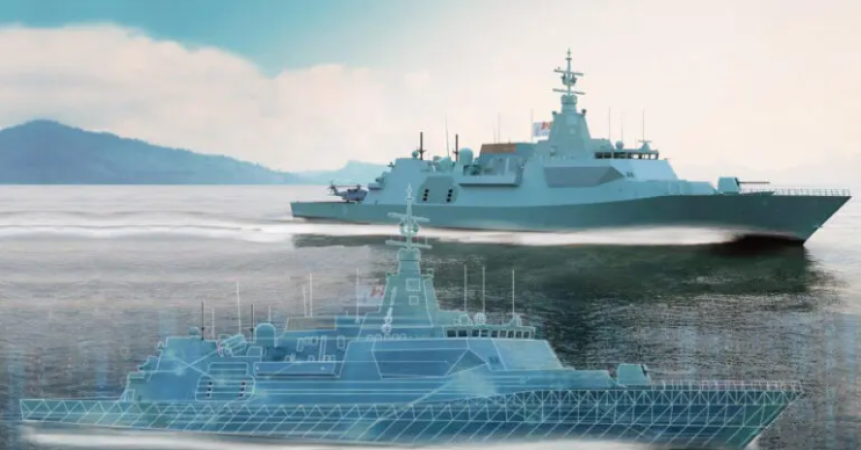 Like many navies around the world, the Royal Canadian Navy (RCN) is making use of the most modern technological advancements in the design and planning of its forthcoming 15 Canadian Surface Combatants (CSC) – a single class of multi-role ships that will form the backbone of Canada’s combat sea power.

Life onboard the new CSC will be exciting for RCN sailors, as these ships will embrace leading edge technology and improved habitability, and are designed to take them well into the latter half of the 21st Century.

How do technological advancements impact operations onboard the ship? Well for starters, a sailor will be able to view on one computer terminal or platform various streams of digital content/information originating from different sources – a process called convergence. Convergence will allow any operations room or bridge terminal to show video or data feeds from any sensor, weapon, or software support system. Not only does this mean that leadership teams will have real-time warfare and platform data at their fingertips from various onboard locations, it also means that the physical space and power required to run multiple terminals will be reduced.

Until recently, electronic systems onboard a warship such as the weapons and sensor systems, took up space, and lots of it. However, with the application of widespread digitization and use of solid state electronics onboard the CSC, dedicated space requirements have been considerably reduced, while the capability and flexibility of these systems have been increased. By capitalizing on miniaturization and digitization, much of this new-found square footage can be freed up to improve working and habitability conditions, including making accommodations and personal living spaces better for the crew.

Multi-function equipment will be incorporated wherever practical onboard the CSC. For example, a single digital beam-forming radar can replace multiple traditional radars, software-defined radios can be setup to support different communications requirements on the fly, and programmable multi-purpose weapons will be able to engage more than one kind of target, while being controlled from a common vertical launcher. Multi-functionality even extends to the CSC’s modular mission bay: a reconfigurable space able to accommodate and integrate any container payload imaginable.

When taken as a whole, the technology advancements that will be incorporated into the CSC means the single-class, single variant choice, coupled with the inherent and multi-role capabilities that it will bring, will serve Canadian interests for decades into the future. The CSC is the right choice for the RCN and the right choice for Canada.

Canada’s defence policy, “Strong, Secure, Engaged” (SSE), has committed to investing in 15 Canadian Surface Combatant (CSC) ships. In February 2019, the Government of Canada confirmed that the bid from Lockheed Martin Canada has been selected for the design and design team for the Canadian Surface Combatants. Irving Shipbuilding Inc., the project’s prime contractor, awarded a sub-contract to Lockheed Martin Canada for work to finalize the design. The winning bid is based on the BAE Systems Type 26 Global Combat Ship.

These ships will be Canada’s major surface component of maritime combat power. With its effective warfare capability and versatility, it can be deployed rapidly anywhere in the world, either independently or as part of a Canadian or international coalition. The CSC will be able to deploy for many months with a limited logistic footprint.

The CSC will be able to conduct a broad range of tasks, including: