How COVID-19 could remake Canada’s military 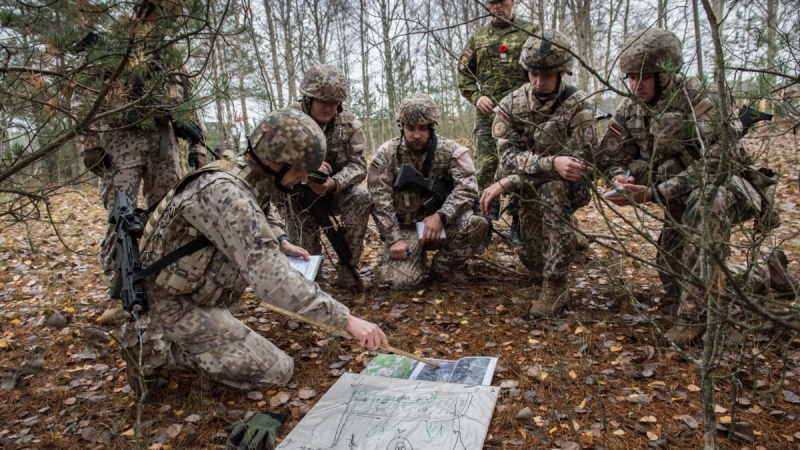 "It’s safe to say that everyone involved in defence procurement should expect a significant shift to the right in timelines, and a retrenchment and re-focus towards projects that align with the government’s recast military and geopolitical priorities."

Since everyone is either overrun with work or inundated with COVID-19 news, here’s the bottom line up front (or the BLUF in military jargon): the COVID-19 pandemic will have a material impact on all aspects of Strong, Secure, Engaged (SSE), Canada’s defence policy. These changes will be felt acutely in defence funding, overseas operations, and defence procurement, though it’s too early to predict the scale of the impact. There you have it. You can now go back to watching Tik Tok videos.

For those choosing to forge ahead, it was only last week that Defence Minister Harjit Sajjan and Chief of the Defence Staff General Jonathan Vance laid out the domestic military response plan to the COVID-19 pandemic. Dubbed Op LASER, the plan will prioritize slowing the spread of COVID-19, support vulnerable communities, and assist provincial, territorial and municipal partners, if needed, by mobilizing up to 24,000 regular and reserve force members, all while maintaining the Canadian Armed Force’s (CAF) ability to respond to natural disasters in Canada via Op LENTUS.

This announcement was preceded by a letter to all CAF members from General Vance where he outlined the global pandemic’s impact on Canada’s military. In the letter, General Vance tells troops and their families in no uncertain terms that ‘normal activities have changed dramatically’. Too true. But the impacts of COVID-19 won’t stop with the women and men in uniform.

In the face of the pandemic, the federal government has, to date, announced combined direct economic measures and tax deferrals of $190B. The numbers are eye-popping, and the implications of such spending are hard to fathom. The deficit this year and next could creep up towards $200B. Now, there’s no question these fiscal measures are necessary and non-structural, meaning they could be unwound depending on how the Canadian economy looks post-COVID-19.

The soaring deficits will place tremendous pressure on government to reduce its spending in non-COVID-19 areas in favour of healthcare and related priorities. DND/CAF had already been struggling to spend the money it had been allocated in SSE, and that was before their annual budgets increased significantly. People within and outside of government were beginning to question the department’s ability to absorb the money they had been given. It is my view that COVID-19 will force Defence officials, with or without urging from Finance Canada, to use the upcoming five-year review period of SSE to re-assess and re-prioritize the entire strategy. In fact, that work is likely already underway.

There are some who suggest that defence spending is a good way to get money flowing back into the domestic economy, particularly through the manufacturing supply chain. And there are areas that should remain off-limits to claw backs including big ticket procurements like the Canadian Surface Combatants (CSC) and Future Fighter Capability Project (FFCP), programs that directly support troops and their families, domestic operations and disaster relief, investments to support the development of defence and security capabilities such as the IDEaS program, IT investments (including in data analytics and updating key IT infrastructure), deferred maintenance, and perhaps most critically, cyber defence. Everything else will be fair game. Ring-fencing and reprioritizing essential programs won’t be easy. But under the current circumstances, it’s the right thing to do. Every department should be prepared to do the same.

Overseas operations, including joint military exercises and training, is another area COVID-19 will have a direct and material impact. At this juncture, it’s hard to know how big a role the CAF will be asked to play domestically. The situation in Canada is evolving by the hour. The dreaded peak of the pandemic has yet to hit. While we should remain optimistic, we also need to be realistic. This means the military should be poised to intervene if required. We know that close to a quarter of all active troops are on standby and depending on the severity of the crisis, this number could go up.

On any given day, approximately 8,000 troops are involved in some form of deployment – preparing to ship out, actively engaged in theatre, or returning from mission. It’s hard to see how this rotation rhythm escapes the reaches of COVID-19. Indeed, General Vance alluded to this in his letter stating, ‘mission postures would be reviewed’, and that this year’s ‘Annual Posting Season (APS) will be seriously disrupted’. It’s likely the pull towards supporting domestic efforts will be strong.

That doesn’t mean the desire to re-engage internationally won’t persist. However, the ability to do so will depend on how the situation unfolds here in Canada, the willingness of countries abroad to welcome back foreign troops, and the impact COVID-19 has on the geopolitical landscape. (This is by no means an endorsement of that view. Canada should do everything it can to remain engaged internationally wherever possible, particularly with respect to humanitarian missions). Cyber defence is one domain we should do everything we can to remain engaged in. But while Canada’s expertise and influence on the world stage is undoubtedly a positive one, this global pandemic will inevitably lead to a further focusing of our most critical interests.

Defence procurement, and the potential implications of COVID-19, is an area of acute interest to the defence community. This subject could be an entire article in and of itself (and if you’re looking for the latest analysis on how DND/CAF was doing on procurement spending I’d encourage you to read David Perry’s piece from December 2019). However, broadly speaking, it’s worth noting that before this global health crisis hit, DND/CAF were progressing on procurement. Many projects, though not all, were moving ahead, even with the structural constraints and limitations of government processes holding them back. Large procurements, namely jets and ships, were plagued with delays that are expected for any large procurement. Now, given the magnitude of the COVID-19 pandemic, those typical speed bumps are bigger than before.

The reality for defence procurement today is that the pace of work has come to a grinding halt. Nearly all personnel across government are working from home. Government IT challenges persist, with DND staff having to coordinate amongst themselves to schedule when they can log on to their system. And any work requiring access to a secured system is a non-starter as this would require being in the office. The Defence department is a bit like an aircraft carrier in that it takes time to get up to full speed and doesn’t handle sharp corners very well. This crisis will expose that rigidity.

But it isn’t simply DND that needs to get back to work for defence procurement to start moving again – it will take a government-wide effort. For the process to run effectively officials from a range of government departments, including Public Services and Procurement Canada (PSPC), the Treasury Board Secretariat (TBS), Finance Canada, the Canadian Coast Guard and Global Affairs Canada, need to be fully engaged. Today, those Departments are focused almost exclusively on addressing the immediate challenges posed by COVID-19, with this to continue for the foreseeable future. Moreover, one also needs to consider the impact COVID-19 is having on companies bidding on projects. The entire supply chain has been hit and it will take months to get it humming again.

How significant an impact this delay will have, and on which projects, is difficult to predict today. But it’s safe to say that everyone involved in defence procurement should expect a significant shift to the right in timelines, and a retrenchment and re-focus towards projects that align with the government’s recast military and geopolitical priorities.

We are still in the early days of this crisis. Government is projecting a return to some sense of normalcy in July, at the earliest. The run-on impacts of that kind of pause are hard to comprehend, with a full understanding of the entirety of COVID-19 impacts likely to take even longer still This is a once-in-a-century event, with every person and institution expected to face indelible consequences. The very nature of the defence department, its size and scope, means we should expect a proportionate impact.